Shhh. No one tell legacy media that a huge battle is raging in Britain to privatize the National Health Service

The failures of England's National Health Service (NHS) are well known throughout Europe. Of course, as Congressional Democrats and President Obama rammed through their own takeover of the health care industry here in the U.S., legacy media was careful to ignore all of the headlines from abroad.

The often-horrific levels of health care delivered by the NHS became so controversial that the current debate is over how much should be privatized. That's right: the DMV-like NHS will inevitably be dismantled in favor of private health care.

Because government-run health care can't work, won't work and hasn't ever worked in all of human history. 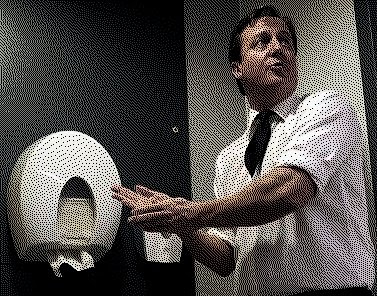 Almost two years in the making, the once eye-catching plan to take the axe to the NHS's bloated bureaucracy and hand power to family doctors has become a metaphor for Mr Cameron's worst failings as Prime Minister – lack of attention to detail, a hands-off management style, misplaced loyalty to old friends and a deep-rooted belief that shouting at the Despatch Box will silence one's critics.

...There has also been the lack of consistency; where once ministers boasted of having the professional bodies signed up and on board, they now claim angry and almost universal opposition is an inevitable outcome of radical reform. What was once hailed as the biggest change in the NHS for 60 years is now being represented as a logical, small-scale continuation of Blairite reforms. In July 2010, Mr Lansley boldly declared that "people voted for change" – which doesn't sit well with his pre-election promise of no more top-down reorganisations.

...In a sign of the fiasco at the heart of the Government, it is now the Liberal Democrats who speak most warmly about the legislation, having rewritten large passages in a coup led by Baroness Williams. The Lib Dems are furious after working hard behind the scenes to be constructive. "The Tories are flip-flopping all over the place," says one. "Cameron is panicking about local elections in May," says another, adding pointedly: "It is very much their Bill."

This, my friends, is the future of health care here in the U.S.

No lack of coverage, but deadly lack of health care. Rationing. Horror stories. Begging your representatives for treatment for yourself or your family members.

Until it all finally collapses. Just like the NHS.

Surely you jest oh wise one. Our national treasure trove of fantasy based Democrats will not be deterred for it is they who know for a fact that it will be different with American government run health care. Why you ask? Why Barack "The Magic Negro" of course!