I wonder if releasing a movie that depicts the president double-tapping Bin Laden will help?

Revolt of the Spooks

Intelligence officials angered by Obama administration cover up of intelligence on Iranian, al Qaeda surge in Egypt and Libya 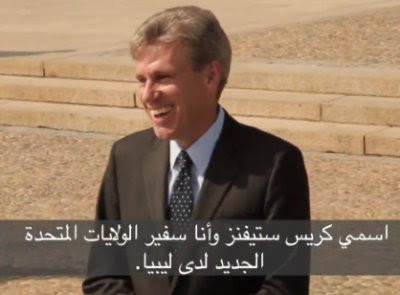 Weeks before the presidential election, President Barack Obama’s administration faces mounting opposition from within the ranks of U.S. intelligence agencies over what career officers say is a “cover up” of intelligence information about terrorism in North Africa.

Intelligence held back from senior officials and the public includes numerous classified reports revealing clear Iranian support for jihadists throughout the tumultuous North Africa and Middle East region, as well as notably widespread al Qaeda penetration into Egypt and Libya in the months before the deadly Sept. 11 terrorist attack on the U.S. consulate in Benghazi.

...Intelligence officials pointed to the statement issued Sept. 28 by the Office of the Director of National Intelligence (ODNI) that raised additional concern about the administration’s apparent mishandling of intelligence... Officials say the ODNI’s false information was either knowingly disseminated or was directed to be put out by senior policy officials for political reasons, since the statement was contradicted by numerous intelligence reports at the time of the attack indicating it was al Qaeda-related terrorism...

Obama, of course, stated during his convention acceptance speech that "al Qaeda is on the path to defeat", which could explain his reluctance to release contradictory information. One intel insider said, "[Obama] is afraid to admit al Qaeda is running rampant throughout the region because it would expose the truth instead of what [he] so pompously spouted during the Democratic Convention."

And some brave souls are willing to go on the record with the administration's disastrous decisions.

CBS News has learned that congressional investigators have issued a subpoena to a former top security official at the US mission in Libya. The official is Lt. Col. Andy Wood, a Utah National Guard Army Green Beret who headed up a Special Forces "Site Security Team" in Libya... 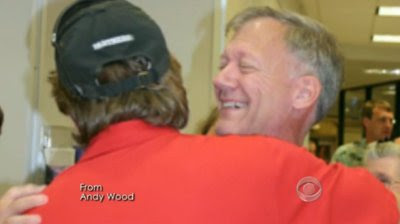 ...Lt. Col. Wood [said] that his 16-member team and a six-member State Department elite force called a Mobile Security Deployment team left Libya in August, just one month before the Benghazi assault... despite the fact that US officials in Libya wanted security increased, not decreased...

...Sources critical of what they view as a security drawdown say three Mobile Security Deployment teams left Libya between February and August in addition to the 16-member Site Security Team on loan from the military. That's 34 highly-trained security personnel moved out over a six month period.

One State Department source told CBS News the security teams weren't "pulled," that their mission was simply over...

Not only did the Obama administration pull Ambassador Stevens' security before the attack, it refused to send help once word of the attack had been received.

According to the Wall Street Journal, as the attack on the U.S. consulate was raging, Obama took a “wait and see” approach. 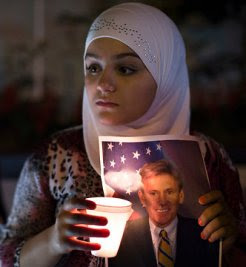 Ninety minutes after news of the attack reached Washington, Obama, Sec. of State Hillary Clinton, JCS Chair General Martin Dempsey, and a national security adviser convened for an oval office meeting in which they ultimately rejected the course of U.S. military intervention. Instead, they decided to reach out to the Libyan government to ask if they would send reinforcements.

When the U.S. personnel at the consulate left the main building for what was supposed to be a safe house, questions regarding the deployment of forces seemed moot.

But the battle was still raging, and Ambassador Stevens’ life was close to its end.

What is really going on in the Middle East? It's safe to say we have no idea because this administration seems to have misled the American people about everything.

"According to the Wall Street Journal, as the attack on the U.S. consulate was raging, Obama took a “wait and see” approach."

Hey, all you morons that are still undecided, what does it take to figure it out??

Let him be clear: this is all Bush's fault. And Taft's. And did you hear that Romney hates Big Bird?

It's very clear what's going on. ovomit, shrillary, the whole commie cabal are traitors and have turned over control of our money and soldiers to the koranimals. Part of the planned destruction of this country. We will be muslim, the black flag will fly over the WH and civilization will be over.

They will make us kiss muslim ass and turn over our guns. I say we best get busy before it's too late.