The Most Brutal Jobs Graph of the Year

The Economic Populist blog does an outstanding job breaking down the most recent Labor Department numbers. 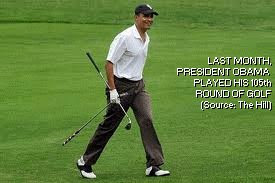 The actual monthly amount can be calculated and the Atlanta Fed even did us a huge favor by publishing an interactive monthly jobs calculator so you can go check for yourself. This month shows we need 104,116 payroll jobs to maintain the same unemployment rate of 8.1% with all of the other same terrible conditions the state of employment is in.

...our favorite and never reported BLS statistic amplifies the terrible situation for labor in this country. The BLS surveys people considered not part of the labor force and asks if they want a job right now. [Above] is a graph of the people who said yes and watch how this figure swells.

For August 2012, those not counted in the labor force but report they actually want and need a job increased by 403,000 in a month. That, folks, should have you horrified. Literally we have desperate and destitute people falling through the statistical crevasse, into the abyss where they can only shout out from the numerical darkness, yes I want a job!

The ongoing jobs catastrophe represents reason #3,054 that this ad...

...is the most terrifying political advertisement ever created.