Congratulations on the new tax hikes that will restrain the economy next year as the Bush tax cuts end and the myriad dictates and fees imposed by Obamacare begin. We are already seeing companies downsize or flee and investors begin to bail out of the stock market. Rest assured that your tactics of class warfare will ultimately succeed just as well as they have throughout the world for the last two centuries. 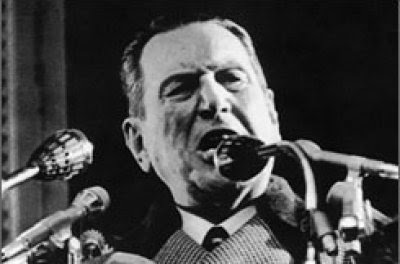 Congratulations on giving us an excellent preview of what lies ahead with your stewardship in the Golden State, where Global Economic Analysis says -- after the various statewide ballot initiatives and elections -- "Prepare for the Demise of California".

Congratulations on solidifying your plan to borrow 40 cents of every dollar we spend, with no credible plan to address the gap. It reminds me, most recently, of the run-up to Argentina's currency crisis.

Congratulations on making Alexis de Tocqueville's predictions of 1835 come to pass, in that the United States appears to have entered the final phase of the transition from a Constitutional Republic to Despotism. 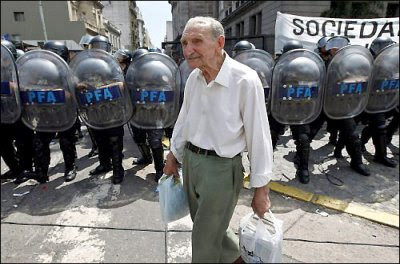 Congratulations on carefully avoiding the biggest fiscal problems we face, from entitlements to a debt-to-GDP ratio that has long since passed the historic danger zone. As an aside, if I were you, I would be preparing your families with near-term (under five years) plans for economic upheaval and possible societal unrest. I say that not because I desire anything of the sort, but because we seem to have reached a tipping point where more citizens want free contraceptives and EBT cards than believe in the American dream.

Congratulations on your historic control of the media. By withholding and obscuring the facts behind the Benghazi scandal, Operation Fast and Furious and the numerous green energy scams that enriched President Obama's campaign bundlers, you have ensured that a clueless electorate can be counted on to vote for giveaways in every election.

And, finally, congratulations on ensuring that no one in Washington -- including the feckless, old guard Republican leadership -- expresses the least bit of concern that we have long since passed the historical Rogoff-Reinhart tipping point of debt-to-GDP that spells inevitable economic doom.

Well done. Enjoy your victories and remember: As ye sow, so shall ye reap.

at 11:37 AM
Email ThisBlogThis!Share to TwitterShare to FacebookShare to Pinterest
Labels: Biden, Democrats, Economy, Obama, Reid

The consent of the governed gave us a Government to secure our rights and Guard our Security. The Democrats have, however, implemented abuses and usurpations leading us to absolute Despotism. As Dave points out, the causes lay before us and they are easy to declare.
Conservatives thought God was on their side, now we see that we must be on His. Liberty does not announce when it is leaving, it just leaves a life sucking vacuum. Americans are creative people and these are why hope is before us, not surrender or despair.
The RATS own mess now, they have necklaced themselves and the election is setting the tire on fire. God is not sentimental, nor should we be as we deal with the people who created this spectacle.

I can't wait for the implosion!!! This has been on the embers far too long...now as you said Doug '"As ye sow, so shall ye reap" and it will be comical to the end.

On another note I think they need to repeal the supposed holiday known as 'Veterans Day'. Why? Just look at what happened on the 4th of November 2008 and the 6th of November 2012...america doesn't deserve to celebrate this holiday since they ignore what these brave folks did defending their ignorant, moronic,idiocy, childish carcasses!!!

And yes I can say this since I AM A VETERAN!!!

As the 1:12 slot I would commend Psalm 107. The British condemned the Colonists as "psalm singers", may we see more of it.

Great summary of the destruction that the Dems will bring upon our country.
Thanks, Doug!

Amen- that just about covers it

As cathartic as posting your letter was, you may as well have addressed it to your pet dog (assuming you have one).

The Statists don't give a sh*t about the country as a whole. Even now they are plowing ahead with what they are doing with even MORE vigor because they realize their goal is so very close to being realized. Their plan all along was to destroy the country and then remake it into what they want and then rule it.

We think: "No sane person would keep doing the same thing over and over and expect a different result."

However, never forget that they are are VERY sane. They are cold, calculating, ruthless, methodical and above all patient. They have been working behind the scenes for years while we rested on our laurels and were all working hard to succeed in life. We let our standards gradually slip over the years in schools, on TV, in movies and tried to turn a blind eye to it because we were all so busy making money and enjoying life. In doing so, we allowed them to take near complete control of the narrative.

Also we falsely assumed that everyone basically plays "fair" especially in politics. But to them the end justifies the means.

Yes useful idiots like Pelosi, Reid, Boehner, & Jessie Jackson were all played so easily. In their strategy the "unwashed masses" are even more easily manipulated, because they had been conditioned to do what Esau did; eagerly sell their birth right for a mere bowl of porridge.

Unknown said...
This comment has been removed by the author.
8:51 PM

@QueMan, we are on the same wavelength. I saw a post today, "Thank a Vet", and I thought, "Thank them? We should be apologizing to them as all of their sacrifices, included death, have now ultimately been for naught." Tyranny thanks them for the freedom they gave us to hang ourselves. I'm so sorry. Prepare yourself, and, no mercy to those who brought us here, no matter how much they repent. They must suffer long and painfully until the very end, so they too, may ultimately know the selfish act they've committed.

Yes nicely said. I shared it on Facebook. I am suffering from a profound post election depression. Trying not to let it get to me...cause I have work to do. But the weight of 4 more years of Obama is heavy. I have some similar feelings expressed here.
Our country is in big trouble because we are getting what the majority has asked for. We are getting what our majority deserves. Pretty sad for the rest of us.