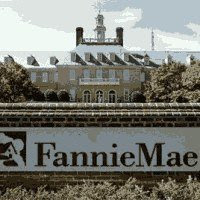 Phil Klein noted that the exit polls indicated Romney won voters 65 and older by 11 percentage points. So one could argue that the Ryan reform proposals weren't quite as politically difficult to sell as some warned, but . . . the Romney-Ryan campaign offered serious reform of runaway entitlement programs. And the American people -- or at least enough people in enough states adding up to more than 270 electoral votes -- rejected it.

I feel a bit like when Jerry Brown beat Meg Whitman out in California: If you really think that the guy with the tired promises of spending more and taxing more is really going to save you, I can't help you.

I always hear "We are a center-right country."

No. A center-right country does not elect Barack Obama twice.

We conservatives will have to double our efforts to teach but the results of the next four years under Barack Obama will do that more effectively than anything else.

Experience keeps a dear school, yet Fools will learn in no other. Get ready America you are about to have a four-year course and the joys of socialism with a president who no longer has an incentive to pretend he is anything but the radical he has always been.

May you be Happy in the choice you have made because you’re not going to get another one for four years. 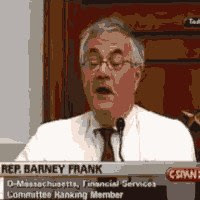 Romney was the best of our choices in the primary.

He put Paul Ryan on a national stage, and my money is on Ryan being Speaker of the House.

We held the House. We can take the Senate in two.

Take a break from the Internets tomorrow. 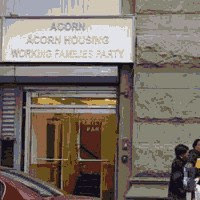 Obama had a multi-pronged strategy to achieve those three goals, but two were particularly effective. First, he chose a path of divide and conquer to pit Americans against each other in order to make it easier to slide in his radical redistributionist agenda. He divided us by class, gender, race, and age. He turned the American motto, "E Pluribus Unum" ("Out of Many, One") upside down. It is now, "Out of One, Many." The American experiment cannot go on as it once did driven by divisions and envy rather than uniting values and common goals.

And just think, Obama thought he inherited a lot of problems back in 2009.

And lastly: me, for what it's worth: 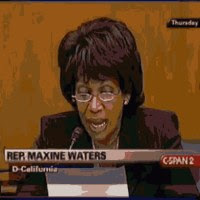 A corrupt Democrat Party and an equally corrupt Vintage Media lost this election.

Folks, whether you are Democrat or Republican, we are set on a course for fiscal collapse.

The math is simple, certain -- and not something with which you can negotiate.

President Obama's debt trajectory of $25+ trillion -- and the Democrats' refusal to pass a budget -- are not matters of conjecture. These points can't be debated.

No government in world history had ever run a trillion-dollar deficit until Barack Obama and the 110th Congress came along; he has since rung up four such deficits in a row.

No country can survive these levels of debt.

The postmodern Democrat Party and -- most importantly -- old media are responsible for the misery that is to come.

The progressives' plans for unraveling the Constitution have succeeded beyond their wildest dreams. If you look at the agenda of the Fabian Socialists, virtually every tenet has come to pass thanks to FDR, LBJ, Carter, Clinton, Bush and now Obama. Unchecked retirement benefits, rampant proliferation of public sector unions, the takeover of the educational system with progressive curricula, the moral decay of America's youth promoted by the likes of MTV, unchecked illegal immigration and Balkanization, "free" health care, "free" welfare and a myriad of other entitlements have set the country on a course for institutionalized dependency and -- I can assure you with mathematical certainty -- a fiscal calamity.

The only question now is: how much economic pain will people endure (Kroger and Darden Restaurants being the latest examples of Obama's "concern" for the lower-middle class) before they reject the doomed policies of the collectivist? Or will a true economic collapse, war, or other unforeseen events first conspire to shred what remains of the civil society?

We're either reliving the New Deal or the Weimar Republic, but I can't tell which.

just roll over and die, i'm sick of america, it can go to hell, fuck each and every one of you, imbeciles. Hope you get hit by a thousan nukes in the very near future, homosexual imbeciles.

"Not by might, not by power, but by my spirit saith the Lord"

I have been a member of a Republican women's group since 2008 and decided to let go and concentrate on spiritual things that have been neglecting even before this election.

I am so grateful to all of you who have spent and continue to spend your precious and I do mean "precious" time and resources blogging to inform us. I thank all of you!

I believe God said no and now we will find ourselves in the mist of troubled times, it must come to pass.

Can we please have some code words, too? For example Democrats who believe in stealing from the rich and giving to the poor can talk about their "social justice" values. If Republican could tell their base their stance on abortion without actually saying it, we could avoid Akin situations.

Also, the abortion debates have been going on for decades. They are not settled and they probably won't be settled at the polls. If you are running for office, learn that you are not going to say something about the issue that nobody has ever heard before. If on the off chance you do have the perfect phrase that will convince everybody that you are tight, find another microphone. If you use the one behind the campaign podium, you risk letting the looters win that election. That never helps all the little unborn babies.