BENGHAZI WHISTLEBLOWERS: Obama, Hillary Lied About Assets That Could Have Saved SEALs, Then Threatened Witnesses

My, my, my. Antique media now faces an interesting dilemma: let Fox News capture all of the Nielsen ratings as Benghazi-gate explodes or attempt to cover it and spin. Either way, they lose:

U.S. Had Assets That Could Have Saved U.S. SEALs

BAIER: The administration has insisted there was no help for the Americans under assault in Libya, none that could arrive in time to change the outcome in Benghazi. Tonight is the first of three exclusive reports charging that claim is just not true. 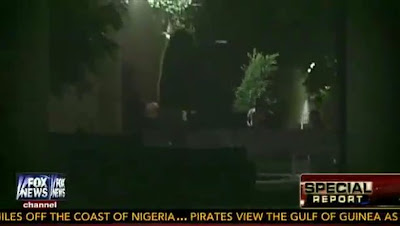 Because the Special Operator in this piece is fearful of reprisal, we have agreed to conceal his identity. Correspondent Adam Housley has the story.

HOUSLEY: Many Americans are asking indeed, I asked myself. How could this happen? In the seven months since the Benghazi attacks on 9/11, information from the administration has been incomplete at best.

Details and time lines provided by the State Department, the U.S. military and intelligence agencies had been contradictory and failed to answer many questions.

In December, a State Department review concluded: There simply was not enough time for U.S. military forces to have made a difference: Having said that, it is not reasonable nor feasible to forces at the ready to respond to protect every high risk post in the world.

But members of the military who are monitoring events in Benghazi disagree.

Only a few dozen people in the world know what happened that night and Fox News spoke exclusively with a Special Operator who watched the events unfold and has debriefed those who are part of the response.

SO: I know for a fact that C-110, the UCOM SIF was doing a training exercise not in the region of northern Africa but in Europe. They had the ability to react and respond.

HOUSLEY: The C-110 is a command in extremis force... a 40-man SPECOPS force capable of rapid response and deployment, specifically trained for incidents like the attack in Benghazi. That night, they were training in croatia just three and a half hours away.

HOUSLEY: They would have been there before the second attack.

HOUSLEY: No one knew that? 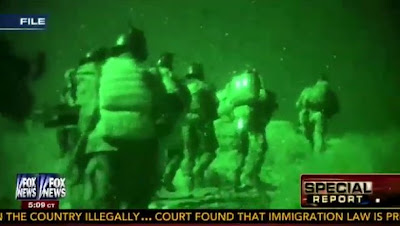 SO: If it's an unknown situation, at a minimum you send forces there to facilitate the exfill or medical injuries.

We could have sent a C-130 to Benghazi to provide medical evacuation for the injured.

HOUSLEY: Our source says many connected to Benghazi feel threatened and are afraid to talk. So far confidential sources have fed some information but nobody has come forward publicly on camera until now.

And they would be decapitated if they came forward with information that could effect high level commanders.

HOUSLEY: Despite the concern, our confidential source says the community feels there was a betrayal. All the way to the top. And that people on the ground in Benghazi were left to fend for themselves.

SO: I don't blame them for not coming forward, you know. It's something that is a risky, especially in a profession to say anything about anything in the realm of politics or that deals with policy.

HOUSLEY: Our source provides insight into how the U.S. government and military reacted from the moment the attack began through the immediate hours after ambassador Chris Stevens went missing. What they were told to do and what not to do as Stephens, Diplomatic Officer Sean Smith and former Special Operations members Tyrone Woods and Glen Doherty were killed.

SO: There is a lot of responsibility and onus that needs to be taken up and accounted for.

HOUSLEY: The attack began on September 11th, 2012 at a diplomatic compound in Benghazi and culminated roughly seven hours later at a second location, a CIA annex about one mile away.

While the official responses from Washington have been that the assets could not have made it from benghazi in time that killed Woods and Doherty, there were at least two military units that could have made it in time including the one training in Croatia.

SO: Besides those guys who went in on their own, we had two more assets that could have been there. Two more assets that could have been on the ground. It's frustrating, upsetting especially being in the community. The hardest thing to deal with in any kind of, you know, dangerous scenario or gun fight, is, you know, we always look to each other to help each other and that's how we get through situations. It's not about the assets overhead. It's about the guys on the ground.

HOUSLEY: He also says as the attack began there were at least 15 Special Forces and highly skilled State Department security staff available in the capital Tripoli who were not dispatched even though they were trained as a quick response force.

Meantime, a group of American reinforcements also in Tripoli, which included the CIA's global response agent Glen Doherty and seven others took matters into their own hands. This is a little known fact which contradicts the State Department'se report. The team commandeered a small jet and flew to Benghazi while still under fire. Doherty would eventually be killed on the roof along with his friend Tyrone Woods.

HOUSLEY: We have heard some of these same details from a number of our other sources who have not yet come on camera.
Some of our British sources on the ground that night confirmed. Tomorrow, more of our exclusive interview including the hunt for those responsible or the lack of a hunt.

Further, at least four career intelligence officials say they have been directly threatened by the Obama administration to keep this scandal under wraps.

At least four career officials at the State Department and the Central Intelligence Agency have retained lawyers or are in the process of doing so, as they prepare to provide sensitive information about the Benghazi attacks to Congress, Fox News has learned. 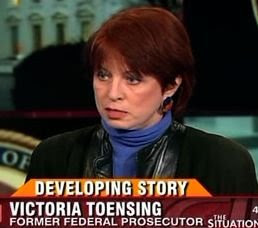 Victoria Toensing, a former Justice Department official and Republican counsel to the Senate Intelligence Committee, is now representing one of the State Department employees. She told Fox News her client and some of the others, who consider themselves whistle-blowers, have been threatened by unnamed Obama administration officials.

Toensing declined to name her client... However, Toensing disclosed that her client has pertinent information on all three time periods investigators considered relevant to the attacks: the months that led up to the attack, when pleas by the ambassador and his staff for enhanced security in Benghazi were mostly rejected by senior officers at the State Department; the eight-hour time frame in which the attacks unfolded, and the eight-day period that followed the attacks, when Obama administration officials incorrectly described them as the result of a spontaneous protest over a video.

“It's frightening, and they're doing some very despicable threats to people,” she said... Federal law provides explicit protections for federal government employees who are identified as “whistle-blowers.” The laws aim to ensure these individuals will not face repercussions from their superiors, or from other quarters, in retaliation for their provision of information about corruption or other forms of wrongdoing to Congress, or to an agency’s inspector-general.

Spread this story far and wide. It's time to break vintage media's embargo.

It's time to drag John Boehner out of the bar, wake him up, and name a Special Prosecutor.

In my opinion, killing people is not new to Hitlery. She was messy with Vince putting his thumb on the trigger and all but her MO hasn't changed. I wonder what they have on Boehner, nothing helpful for the people is getting traction in Washington.

IMPEACH HIM AND INDICT HILLARY FOR BEING AN ACCESSORY TO MURDER.

I wonder why Marine Corps Fleet Anti-Terrorism Security Teams were not deployed from the 6th Fleet in the Mediterranean.
http://fastcompanymarines.com/

Sooner or later, this regime will fall. It's just to flat out corrupt. Do you have a feeling Boehner is up to his neck in it as well?

Yes, it is impeachment material...or would be with any other president in history.

Not this one. Do you want to make a martyr out of the most incompetent, most corrupt man to ever sit in the White House?

If the Benghazi 4 had been gay Democrats, Obama/Hillary would have sent back-up right away.

Time to put the Cincinnati Crybaby on the hot seat! Boehner needs to be told what to do or ELSE!