Bill Ayers and the Bombings in Boston [Alphamail]


The major media outlets and their on-camera newslings, have now interpreted the Boston Marathon bombing as a new era in the ground assault on America.

“We’ve entered a new phase in the kind of tactics the enemy is willing to use against us,” they profess. “They’re resorting to a new unusual street warfare and we should be prepared for this new type of attack.”

Excuse me…? Is that some kind of confused ostrich disconnect? Were you alive in the 1970’s? Do you know your history? Do you have a pulse?

This is one bombing! Yes, it is tragic. Yes, we need to pray for and support the victims and their families. May God comfort and be with them all.

But this is one bombing! Have you forgotten…?

The esteemed American professor Bill Ayers and his Weather Underground bombed – are you ready? – nearly forty (40) American institutions in the 1970’s.

The Boston bombing is not new by any means – it has an evil precedent - produced by similarly evil people. 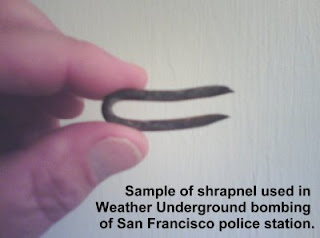 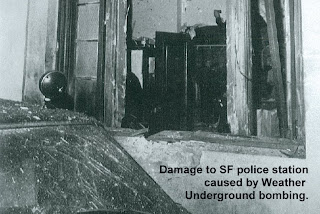 Add to this the killing of a San Francisco police officer; the murder of two Brink’s guards during a NY robbery attempt, to fund their malicious spree; the firebombing of Chicago police cars; abetting the escape of Timothy Leary from the California Men’s Colony; and the firebombing of a New York City judge’s home (the judge, his wife, and his children were forced to flee for their lives).

Bill Ayers set the stage – the precedent if you will – for American bombings. And for the Boston bombings.

To deny this would be to deny the following:

Both the Boston bombers and Bill Ayers want the worst possible outcome for America. We all agree the Boston perpetrators do not embrace American ideals. Well, neither does Bill Ayers, and he states that repeatedly.

Consider what anti-American, anti-Boston vitriol Ayers – the same man who is supplying the ideology and drive behind Obama’s national Common Core school curriculum - has adamantly and arrogantly proclaimed, has yet to refute, and has re-emphasized in recent months and years.

His own statement is self-condemning and suggests serious moral reassessment:

The only path to the final defeat of imperialism (America) and the building of socialism is revolutionary war.... Socialism is the violent overthrow of the bourgeoisie, the establishment of the dictatorship of the proletariat, and the eradication of the social system based on profit.... Revolutionary war will be complicated and protracted.... It includes mass struggle and clandestine struggle, peaceful and violent, political and economic, cultural and military, where all forms are developed in harmony with the armed struggle. Without mass struggle there can be no revolution. Without armed struggle there can be no victory.

And his lovely wife Bernardine has chimed in with like-minded ill will:

...we’ve been trying to show how it is possible to overcome frustration and impotence that comes from trying to reform this system. Kids know the lines are drawn: revolution is touching all of our lives. Tens of thousands have learned that protest and marches don't do it. Revolutionary violence is the only way. 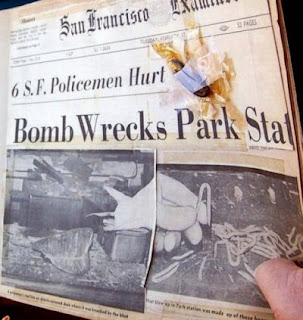 Did you catch the part where Ayers is instrumental in reforming a new American educational system for your kids?

How long will it be before the madmen who blew up and murdered and maimed the innocent kids and families at the Boston finish line, will be forgiven, forgotten, and will be allowed back into society – into our schools – to instruct our children?

If we forgive a demon like Ayers, why pursue the Boston bombers at all?

The callous indignant Bill Ayers once proudly boasted, “'I don't regret setting bombs - I feel we didn't do enough.''

No, you remorseless ass.

Just ask the victims in Boston – they’d say you did plenty.


Illustrations from: Just a guy from the neighborhood.

ayers tried to kill and maim as many innocent people as these two.

and he's just as evil.

Those who think political ends justify violent means should be punished.

Major Hasan still has not been prosecuted and it is not likely that this bomber will be either.

Political protest is not an excuse or exemption for murder.

Send Bill Ayers for an examination by Dr. Gosnell.

about time you faggots take justice in your own hands and put the good ole professor to sleep. But you'll never gonna do that, do you? You're still naive pussies thinking that maybe one day your goverment would bring that murderer to justice, even though you bitch and whine about the US falling apart around you.

Yeah Ayers, Dohrn and that Broudin woman, all have access to our KIDS! Don't let ANY consultants from Annenberg institute into your schools!

A few years from now, Columbia University will employ Dzhokhar Tsarneav as an adjunct professor... to replace the outgoing Kathy Boudin (currently employed convicted murderer from the Weather Underground). Count on it.