I wonder what Bloomberg -- the idiot mayor, not the news service -- thinks of this?

Cody Wilson, the founder of Defense Distributed, says he is just two weeks away from 3D printing an entire handgun, out of ABS plastic. Once Wilson has printed the gun and ensured that it works, the weapon’s 3D model files will be uploaded to the internet and open sourced — so that you and I can print an almost-undetectable firearm. 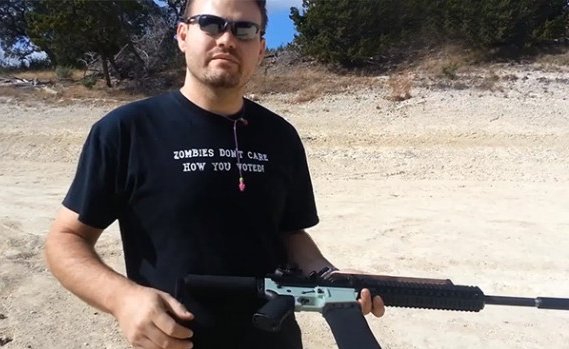 Creating a 3D-printed gun, and contributing the model files to the public domain, is the culmination of DefDist’s Wiki Weapon project. The Wiki Weapon project was created in mid-2012 by Cody Wilson, with the lofty but perhaps slightly misguided [sic] goal of fulfilling every American citizen’s Second Amendment right to bear arms. Back in July 2012, DefDist produced a 3D-printed a lower receiver for an AR-15 rifle, in January of this year it 3D-printed a 30-round AR-15 magazine, and then in March DefDist finally received its federal firearms license, which is required to legally make and sell guns. Now, it seems, according to an interview with Mashable, Wilson is almost ready to release an entirely 3D-printed handgun.

Tyranny just got a skōsh harder.

After all, if the people can't be trusted with guns, why should the government?

Let’s hear it for the commonsense civil right of Armed Self-Defense!