E.J. Dionne, the least well-known (and reportedly, the least well-liked) of the Washington Post's bevy of Statist writers, is both a big government propagandist and an enabler of criminals. Both assertions can be conclusively proven by analyzing his most recent editorial ("The end of majority rule?"), which seeks to twist the language to promote his radicalized positions.

The language the Statist uses is critical. And when it is employed dishonestly and when it is perverted, as Dionne does more often than Michael Moore super-sizes his order, we must deconstruct it and reject it like an Olajuwon blocked shot.

Such is the case here, where Dionne seeks to portray law-abiding citizens as criminals and extremists.

Universal background checks are supported by 91 percent of Americans. Yet there is enormous resistance in Congress to passing a strong bill to keep arms out of the wrong hands. What does “rule of the people” mean if a 9-to-1 issue is having so much trouble gaining traction? 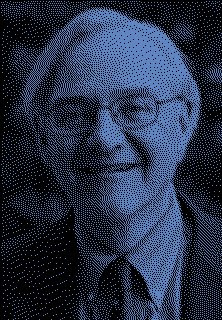 Here, Dionne's intentionally shallow analysis overlooks the question asked of Americans. There is a big difference between "Do you favor closing the 'gun-show loophole'? versus "Do you favor universal gun registration, which historically has led to gun confiscation?"

The former, of course, is a straw-man. The latter is what Democrats intend, as seen this month in New York.

That said, it's irrelevant. Dionne is arguing for Congressional criminality, because the Second Amendment isn't up for a vote.

...consider the Morning Joe/Marist poll last week showing 64 percent of Americans saying that job creation should be the top priority for elected officials. Only 33 percent said their focus should be on reducing the deficit.

Had the poll question been posed honestly, something along the lines of "Do you favor the collapse of Medicare, Social Security and Medicaid as their Trustees and Actuaries have warned, or do you prefer that the massive federal government bureaucracies instead tighten their belts?", what do you think the results would have been?

But the political far right is, among other things, a big business. The NRA’s chief concern is not sane public policy. Its imperative is to maintain market share within a segment of our country that views the federal government as a conspiracy against its liberties... Within this market niche, background checks are but a first step toward gun confiscation. 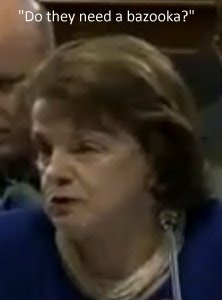 As I mentioned earlier, gun confiscation is precisely what is already happening in New York.

Further, the public statements of powerful Democrats like Sen. Dianne Feinstein and Rep. Jan Schakowsky (and many others) make it clear that Dionne is either ill-informed or a bald-faced liar. Given his role at the Post, one can only assume the latter.

Dionne goes on to criticize the Constitution, claiming that it gives smaller states too much power.

...our Constitution combines with the way we draw congressional districts to overrepresent conservatives in both houses. The 100-member Senate is based on two senators per state regardless of size. This gives rural states far more power than population-based representation would. The filibuster makes matters worse. It’s theoretically possible for 41 senators representing less than 11 percent of the population to block pretty much anything.

Because Dionne and the rest of the temporary, power-hungry Beltway elites are impatient. They want "fundamental transformation" and they want it now. And the inconvenient barriers, the speed-bumps that our Framers put in place, all of these things are truly maddening for the greedy, the corrupt and their enablers like Dionne.

There is no immediate solution to the obstruction of the democratic will. But we need to acknowledge that our system is giving extremists far more influence than the voters would.

Consider the hubris required to market naked agitprop in the form of these descriptions of Constitutional and Tea Party conservatives.

Those who want the federal government to live within its means, to abide by the nation's highest law, for politicians to honor the very oaths they took upon assuming office -- according to Dionne -- those citizens are the "extremists". 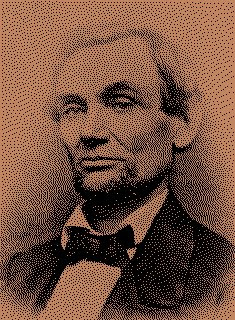 What would Dionne call Madison, Jefferson and Adams? What would he call Abraham Lincoln?

So far removed from Constitutional government has this federal leviathan become that Dionne can't see the very collapse he cheerleads.

The federal government is involved in every aspect of daily life -- from lightbulbs, to shower-heads, to ponds in your backyard, to gas mileage -- all of it unlawfully, according to the 10th Amendment.

The federal government is also financially imploding, printing millions of dollars an hour to sustain deficits never before seen in the history of the world.

Using standard accounting practices, the federal government is actually incurring over $6 trillion annually in new debt. This must be tacked on to the $80 trillion in existing debt and unfunded liability. Yet the entire size of the American economy, the worth of all goods and services produced, is only about $16 trillion.

The entire system, perverted by Cloward-Piven Democrats, useful idiots, and their sycophants like Dionne, is sliding into the abyss. And the people arguing for sanity are, in his estimation, "extremists".

No, Mr. Dionne: you and your Marxist ilk are the anti-Americans, the traitors and the criminals, you who are intentionally deconstructing this society.


Recommended Reading: "What I saw at the Coup"

This "journalist" is and has been a leftist hack to the lowest degree. He's only employed due to the fact he is financed from Marxist propaganda machines. ALL of his writing evoke Marxism. I'm sure he's quite popular at the Post whenever he shows up.

Don't worry, Hugh Hewitt will have him on his radio show to explain his "left of center" POV
MM