WCTV in Tallahasee reports that ammo is still in short supply, but the buying frenzy is easing. 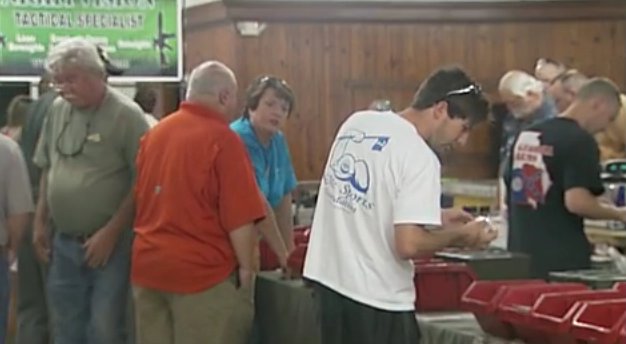 The panic buying has subsided. Vendors say that is may have to do with the Senate rejecting an expansive gun control bill. People are no longer as worried about losing their Second Amendment. The Senate turned down this background check. But that doesn't mean that it's over...

Indeed. The Leftist hack disguised as a moderate Democrat -- you may know him as "Joe Manchin", if that is his real name -- is still trying to get himself fired by West Virginians.

West Virginia gun grabber Joe Manchin is not giving up. After the abject FAIL that was his “expanded background check” bill, the Democrat has decided he’s going to keep fighting – desperately – to pass his expanded background check bill that has no hope of actually stopping criminal activity, will cost the taxpayer millions, and will be just about as enforced as the current laws.

“I’m willing to go anywhere in this country, I’m going to debate anybody on this issue, read the bill and you tell me what you don’t like,” Manchin said on “Fox News Sunday,” reiterating his intention to bring his measure back to the Senate floor.

I’m just one female. You up for it?

Of course not. It would take seven or eight Manchins to give Nicki a fair fight.

Joe Manchin is a hard-core Leftist pretending to be something resembling a real American. Manchin thinks his constituents are stupid, because he's not up for reelection until 2018. I suspect, however, that the citizens of the Mountain State are going to have long and unfavorable memories of Manchin's assault on the Bill of Rights.