The 20 Most Stunning Poverty Statistics of the Obama Epoch

It's even worse than we thought.

2 - When you add in the number of low income Americans it is even more sobering. According to the U.S. Census Bureau, more than 146 million Americans are either “poor” or “low income”. 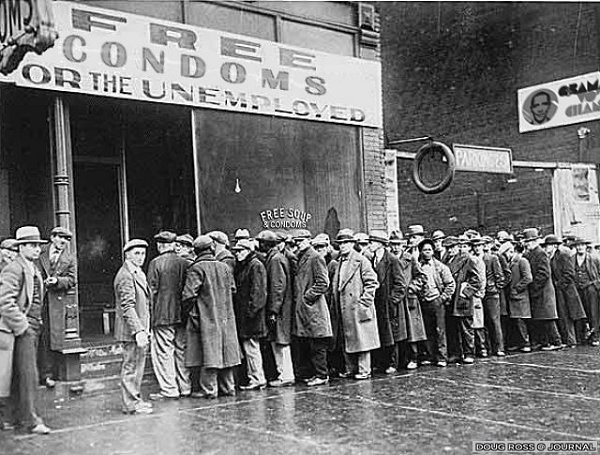 4 - It may be hard to believe, but approximately 57 percent of all children in the United States are currently living in homes that are either considered to be either “low income” or impoverished.

5 - Poverty is the worst in our inner cities. At this point, 29.2 percentof all African-American households with children are dealing with food insecurity.

6 - According to a recently released report, 60 percent of all children in the city of Detroit are living in poverty.

8 - For the first time ever, more than a million public school students in the United States are homeless. That number has risen by 57 percent since the 2006-2007 school year. 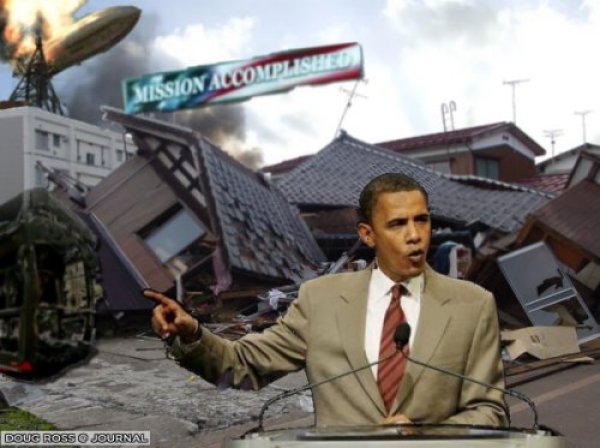 9 - Family homelessness in the Washington D.C. region (one of the wealthiest regions in the entire country) has risen 23 percent since the last recession began.

11 - At this point, approximately one out of every three children in the U.S. lives in a home without a father.

12 - Families that have a head of household under the age of 30 have a poverty rate of 37 percent.

13 - Today, there are approximately 20.2 million Americans that spend more than half of their incomes on housing. That represents a 46 percent increase from 2001.

14 - About 40 percent of all unemployed workers in America have been out of work for at least half a year.

15 - At this point, one out of every four American workers has a job that pays $10 an hour or less.

16 - There has been an explosion in the number of “working poor” Americans in recent years. Today, about one out of every fourworkers in the United States brings home wages that are at or below the poverty level.

17 - Right now, more than 100 million Americans are enrolled in at least one welfare program run by the federal government. And that does not even include Social Security or Medicare.

18 - An all-time record 47.79 million Americans are now on food stamps. Back when Barack Obama first took office, that number was only sitting at about 32 million.

19 - The number of Americans on food stamps now exceeds the entire population of Spain.

After 48 months, I see no evidence to the contrary.

His policies represent fiscal suicide. And nothing, not facts, logic, or reason, will dissuade him from his ideology of collectivism that can't work, won't work and has never worked in all of human history.

It's not fiscal suicide--it's fiscal murder. The patient is not dying willingly--its caregivers are killing it.

Jim Jones has convinced so many to drink the koolaid.

It's the ego of the left that continues to say that the only reason it hasn't worked before is that the right people haven't been in charge.

Hope to change it back!


After spending somewhere between 16-18 Trillion dollars on the war on poverty.

How is that working out? Love it when a plan comes together.

Poverty is caused mostly by corporate america, who have taken away opportunity and wealth and left behind nothing

Corporations cause poverty? Thanks for your input, retard.

Yes, and corprate America & the CIA were responsible for 9/11.

America has the richest "poor people" in the world and soon will have the poorest rich people.

The fact is, the few who are virtuous, responsible and stable cannot pay for the misdeeds and bad choices of all the miscreants and the traumatized (from parents behaviors and choices).

Need to return to Bible and to Christ.

Islam does not create a stable, prosperous nation...just a cruel violent one. Neither does Communism.

The 'Opiate of the Masses' is one that heals and comforts and restores. Worship is the only beneficial and restorative addiction and dependency.

Actually Isaiah, the divorce rate is down, and had been dropping for a long time. They problem is the women who dont get married, and cant keep their legs shut, and expecting everyone to take care of them, while they are off doing whatever, with whomever they want. They know that the far left will not force to to have personal responsiblity for their actions. Until minorities start waking up to their self created chains, they will forever be enslaved by their own choices.

Americans have no right to complain. This is what we voted for. Twice. And trust me, we will vote for it again in 2016.

Obama's only second-term agenda is the destruction of effective political opposition. That's it, nothing else.

Obama's agenda is really the Illuminati vision for America. The removal of.the constitution and anyone or anything opposing the occultic enslavement of the masses. First, collapse the economy. Then declare martial law. It will be the pretext to the second civil war. You can guess the rest.

poverty in America is so high, because the system is corrupt. Corporate America is responsible for part of the equation -- namely that the giants do outsource jobs, deliver minimal value for high prices. A system that is driven by quarterly results of the highest profit is by defination a system that feeds the few at cost of many. If we had more true entrepreneurial and family businesses, that would be different. Why? Because family businesses think long term and provide value and responsibility for its employees. A CEO of a public company has to deliver the quarterly profits -- and gets a golden parashoot if he fails. There is no responsibility. Every CEO should be liable for their decisions with some of their own possessions.

The other reason is a system built on a sham like the credit rating agencies. You have to have a job to get an apartment. However, in this current climate, many people survive by minor jobs and no fixed contracts. Thus, the credit rating system and the credit scoring is no longer an appropriate means.

Divorce laws: the so called equity distribution states, are not equitable at all. in the US, women are the largest poverty group. And why? Divorce laws here are the most primitive and unfair laws on women among ALL industrial countries. You want to change poverty? Start changing divorce laws. And begin consuming from small companies and not the giants in this market.

This is not a question of who is in power. We, the consumers have the power. We should use it wisely. we all can do a part.

Definitely the women, not the dudes who bang them. You're as sexist as you are stupid.

Nice statistics. Anyhow. Awesome job showing the world that you're exactly the kind of moron that the ruling corporate class depends on: take the terrible consequences of right-wing republican policies and obstructionism (remove millions from food stamps, take away all poor people's health care, defund public education, block the jobs bill...) and blame it all on the president himself! The president's adversaries, the republicans, have done everything they can to make sure the majority of people in this country feel the hurt and then ignorantly blame it on the president, and oh are they doing a good job of that, just like they have done to you. I can't believe you actually fell for it!!!

Wake up! You are the problem preventing the solution.

We had Medicaid and SCHIP and a million other health care programs for the poor.

We had 30 million (10% of the entire population) on food stamps.

We had the government consuming 20% of every dollar produced by the private sector.

It is the government, not evil private sector employers, destroying the value of the dollar by inflating away our currency.

It is the government, not evil private sector employers, crushing jobs in pursuit of a Utopian health care scheme.

It is the government, not evil private sector employers, watching your every communication through the NSA, tracking your financial transactions through the IRS, and granting more rights to illegals than citizens through ICE.

What area hasn't the government intruded into? What haven't they destroyed already?

When will you be happy? When we're as moribund as Britain -- or as despotic as North Korea?

Where on the tyranny scale do you think we should be?