WATCH THE LEFTIST NARRATIVE UNFOLD: Boston Marathon Bombers are the Victims, the Victims are the Perpetrators [Marcus]

Talk about Yogi Berra's famous line, “It's deja vu all over again”: have you noticed the similarity in the mainstream media's portrayal of suspected Boston Marathon bomber Dzhokhar Tsarnaev and that of Trayvon Martin? In both cases, the media blasted a much younger angelic photo of each young man, in essence, misrepresenting who they were at the times of their suspected crimes.

Dzhokhar received his Miranda warning and lawyered up with appointed federal public defenders. Liberals are all over the airways and the internet working to soften Dzhokhar's image, calling him a kid and a confused victim of his older brother and an unfriendly America. At the earliest, Dzhokhar's trial will be a year from now. 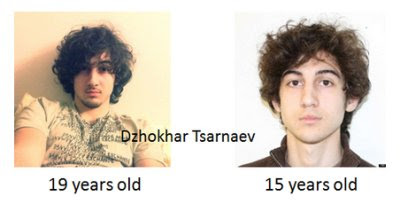 My concern is that by the time Dzhokhar goes on trial, the mainstream media and the left will have made his trial all about America's Islamophobia, racism and policies which have caused the world to hate us – forgetting about justice for those who lost life and limb because of the bombing.

Remember what happened in the O.J. Simpson trial? O.J.'s attorneys, praised by the left, masterfully changed the subject of his trial from being about a man almost beheading his wife and the mother of his children to being about America's history of racism against blacks. Remarkably, sympathy and justice for Nicole Brown Simpson somehow got lost in the shuffle of left-wing political narrative.

I foresee a strong possibility of a similar outrageous and tragic scenario unfolding for the victims of suspected terrorist Dzhokhar; murdered were eight-year old Martin Richards, Krystle Marie Campbell – 29, Lu Lingzi – 23, and 27 year old Officer Sean Collier who was shot in the head execution-style while sitting in his patrol car. Fourteen people lost all or part of a limb. Two hundred and fifty people were injured.

It would appear that the mainstream media are well on their way instilling the narrative that we must understand and sympathize with the 19-year-old suspected terrorist. We must not allow the victims of the Boston bombing to be relegated to background players, cast as mere collateral damage of the Left's golden opportunity to sell their narrative that America is always the “bad guy” at fault – the greatest source of evil in the world.

But the American people can ultimately be the fly in the Left's ointment; demanding justice and giving voice to the victims. For if we are to ensure that tragedies like this are not repeated we as a society must make clear that we will hold perpetrators of such heinous acts accountable. 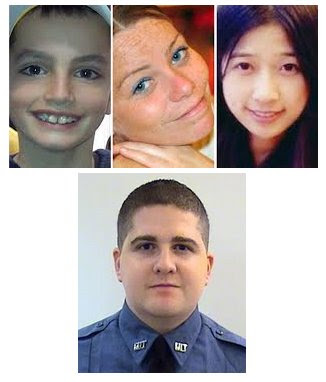 On April 30th, voters will have the opportunity to fill John Kerry's vacated U.S. Senate seat (traditionally held by Democrats who have a history of trying to appease the forces of evil) with a strong law-and-order Conservative Republican who knows how to deal with terrorists, conservative Republican Michael Sullivan.

Sullivan is a former U.S. Attorney who took a tough stance prosecuting terrorists including the infamous shoe-bomber, Richard Reid. Sullivan has been the Fox News channel's go-to-guy for how best to deal with Dzhokhar Tsarnaev, because he's shown how justice can and should ultimately prevail for the people of a free society.

“After making false statements under oath and committing these acts of terror against our nation and its citizens, Dzhokhar Tsarnaev has renounced any alleged loyalty to our country and has forfeited the gift of U.S. citizenship our great nation has bestowed upon him,” Sullivan continued. “It should be revoked as quickly as the law allows.”

That's what I'm talking about folks: enough with playing games and pandering to evil enemies who seek to callously maim and kill innocent Americans.

National security and punishing enemy combatants are additional reasons why Michael Sullivan must win the April 30th primary to be the Republican nominee in the June special election in Massachusetts to fill Kerry's vacated U.S. Senate seat.

A year or more from now when Dzhokhar goes on trial, emotions will have cooled; the shock, pain and outrage will have dimmed; memories and tributes to the victims will have faded. By then, much of the mainstream media will have transformed Dzhokhar into the poster boy for everything that the Left believes is wrong with America.

Will the victims of the Boston bombing suffer the same lack of justice as murdered Nicole Brown Simpson: reduced to B-roll footage for the spectacle of Dzhokhar's trial in which the Left drives home their narrative that America sucks?

Will there be someone unswayed by the Left's narrative who will be the victim's hero – remembering and seeking justice for murdered Americans and those whose lives were devastatingly changed forever due to the cruelty of suspected bomber Dzhokhar Tsarnaev?

Michael Sullivan has proven himself up for the challenge – an advocate for the bombing victims as well as being strongly committed to protecting all Americans in our increasingly dangerous world. America needs U.S. Senator Michael Sullivan.


Visit: Michael Sullivan's website. Thanks to: Lloyd Marcus and the Conservative Campaign Committee.

I'm still waiting on a photo, of Adam Lanza at age 20, only pics displayed are of him at age 12ish