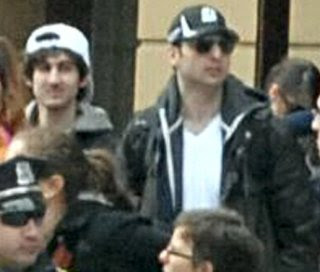 The identities of the suspects in the Boston Marathon bombing -- Chechen brothers Dzhokhar Tsarnaev, 19, and Tamerlan Tsarnaev, 26 -- appear tentatively to confirm several of Stratfor's suspicions. From this profile, the simple nature of the attack, their efforts to rob a convenience store and their lack of an escape plan, we can at least say at this point in time that they were what we refer to as grassroots militants. Despite being amateurs, such militants clearly still pose a significant threat.

Just after 10 p.m. on April 18, the Tsarnaev brothers were identified after having robbed a convenience store in Cambridge, Mass., just three miles from Boston, hours earlier. A Massachusetts Institute of Technology police officer, who responded to the robbery, was shot and killed and found in his car by fellow responding officers. The two suspects later hijacked an SUV at gunpoint, releasing the driver unharmed. Authorities later caught up to the suspects, and a car chase ensued.

Just after midnight, the car chase ended with a gunfight in Watertown, Mass. The suspects reportedly threw explosive devices at police, though it is not yet confirmed what types of explosives allegedly were used. During the firefight, Tamerlan Tsarnaev was wounded, taken into custody and later reported dead. Some press reports suggest he may have been wearing some sort of suicide belt or vest. Dzhokhar escaped by driving the stolen SUV through the police barricade [and since apprehended]. According to media reports, a third accomplice was detained earlier this morning by authorities and is being questioned. 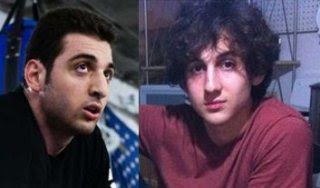 According to The New York Times, the two men are from Chechnya. Their family also reportedly lived briefly in Makhachkala, the capital of Dagestan, before moving to the United States in 2002. Dzhokhar Tsarnaev's profile on VKontakte, a Russian social media website, said he attended school at the School No. 1 of Makhachkala, spoke English, Russian and Chechen and listed his worldview as Islam. A school administrator from the School No. 1 said the two suspects and their family had previously lived in Kyrgyzstan before moving to Dagestan.

Given that they are grassroots actors, there is likely only a small chance that the authorities will discover a formal link between the suspects and a state sponsor or a professional terrorist group such as al Qaeda or one of its franchise groups. Any link will likely be ideological rather than operational, although it is possible that the two have attended some type of basic militant training abroad. Given what we have learned about the suspects and the nature of the improvised explosive devices they constructed, it is very likely that the authorities will find that the brothers had read and studied al Qaeda in the Arabian Peninsula's Inspire Magazine.

This case also highlights our analysis that the jihadist threat now predominantly stems from grassroots operatives who live in the West rather than teams of highly trained operatives sent to the United States from overseas, like the team that executed the 9/11 attacks. This demonstrates how the jihadist threat has diminished in severity but broadened in scope in recent years -- a trend we expect to continue.

There will always be plenty of soft targets in a free society, and it is incredibly easy to kill people, even for untrained operatives. In this case, the brothers conducted an attack that was within their capabilities rather than attempting something more grandiose that would require outside assistance -- and which could therefore have put them in jeopardy of running into a government informant as they sought help. It is thus important for citizens to practice good situational awareness and to serve as grassroots defenders against the grassroots threat.

Boston Bombing Suspects: Grassroots Militants from Chechnya is republished with permission of Stratfor.

at 11:19 AM
Email ThisBlogThis!Share to TwitterShare to FacebookShare to Pinterest
Labels: Democrats, extremism, Immigration, Obama, War