As our thoughts and prayers continue to go out to those affected by the tragedy in Boston, I urge you to incorporate the following national security concerns into the comprehensive immigration reform debate. Before Congress moves forward, some important national security questions must be addressed.

I believe that any real comprehensive immigration reform must implement strong national security protections. The facts emerging in the Boston Marathon bombing have exposed a weakness in our current system. If we don't use this debate as an opportunity to fix flaws in our current system, flaws made even more evident last week, then we will not be doing our jobs. 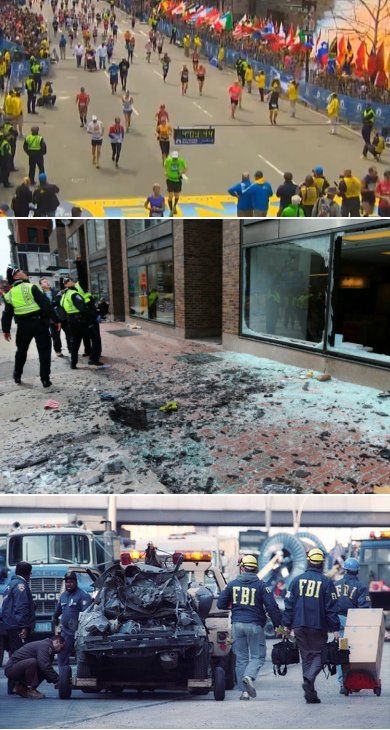 We should not proceed until we understand the specific failures of our immigration system. Why did the current system allow two individuals to immigrate to the United States from the Chechen Republic in Russia, an area known as a hotbed of Islamic extremism, who then committed acts of terrorism? Were there any safeguards? Could this have been prevented? Does the immigration reform before us address this?

There should be hearings in the Senate Homeland Security and Government Affairs Committee that study the national security aspects of this situation, making sure that our current immigration system gives individuals from high-risk areas of the world heightened scrutiny.

Media reports indicate that the deceased bombing suspect was interviewed by the FBI two years ago at the request of a foreign government. We need to know the details of this interview. We need to know if this interview might have given investigators any reason to conclude that this individual might be dangerous or at least worthy of further inquiry. If so, was there an intelligence failure? At the very least, it should be examined.

Media reports indicate that both the bombing suspects were legal permanent residents and one is reported to be a naturalized citizen. We need to make sure that we have safeguards against this type of situation happening again.

In 2002, Congress set up the National Security Registration System (NSEERS), yet it was suspended in 2011 by Secretary of Homeland Security Janet Napolitano. That system had problems, yet was still based on the practical idea that extra screening is necessary from nations that have a higher population of extremists. Congress might need a similar system updated for current circumstances to be rolled into comprehensive immigration reform.

I would like the US-VISIT/OBIM program studied to see if it actually works, or at least study the process by which we collect and analyze biometric data on immigrants.

Our refugee programs have proven to be a problem. On, January 29, 2013, two Iraqi citizens living in Bowling Green, in my home state of Kentucky, were sentenced to long prison terms for participating in terrorism and providing material support to terrorists while living in the United States. How did this happen? Does the current immigration reform address how this might have happened? We may need more scrutiny when accepting refugees from high-risk nations.

I want to make sure that any new bill addresses the visa entry and exit programs, in addition to refugee programs that have proven problematic in Bowling Green and possibly, if media reports are correct, in Boston.

Finally, do we need to take a hard look at student visas? Should we suspend student visas, or at least those from high-risk areas, pending an investigation into the national security implications of this program?

I respectfully request that the Senate consider the following two conditions as part of the comprehensive immigration reform debate: One, the Senate needs a thorough examination of the facts in Massachusetts to see if legislation is necessary to prevent a similar situation in the future. Two, national security protections must be rolled into comprehensive immigration reform to make sure the federal government does everything it can to prevent immigrants with malicious intent from using our immigration system to gain entry into the United States in order to commit future acts of terror.

Thank you for your consideration of this request.

Of course, refugees from Cuba who vote Republican are another matter.

So WHERE they come from makes a difference.