MIND-BLOWING TRANSCRIPT OF BENGHAZI WHISTLE-BLOWER: US identified terrorist behind 9/11 attack but refuses to capture him

Part II of Fox News Special Report into the Benghazi cover-up premiered tonight and the news keeps getting worse.

BAIER: President Obama promised to get to the bottom of the Benghazi attack. Why are the perpetrators still free? Correspondent Adam Housley has part 2 of our exclusive investigation.

OBAMA: Make no mistake. Justice will be done. 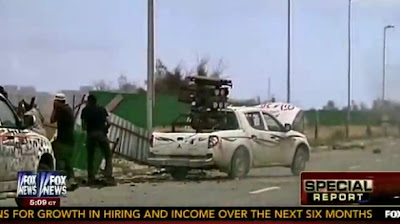 HOUSLEY: Seven months and still no arrest or targeted killings after the brutal attack on two U.S. locations in Benghazi, Libya, killing four Americans -- despite promises that those responsible would be hunted down and held accountable.

However, multiple sources tell Fox News that the U.S. has identified the Benghazi attacker who is still running free.

SO: We basically don't want to upset anybody. And the problem is if Ambassador Stevens' family knew that we were sitting on information about the people who killed their son, their brother, and we could look them as a government in the face, then we are messing up. 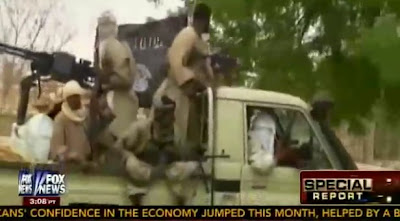 HOUSLEY: Fox News spoke exclusively with this Special Operator who watched the events unfold in real-time and debriefed those who were part of the response.

He remains anonymous for his safety and has decided to talk because he says he and others connected with the September 11th attacks of Benghazi are frustrated with the excuses, lies and lack of a military response since Ambassador Chris Stevens and three other Americans were killed.

SO: We have all the capability, all the training, all the capacity to kill and capture that only terrorist involved with the specific events of 9/11 and Ambassador Stevens' death with terrorists who are feeding other regions, including Europe that eventually could effect our national security in the short-term.

We're not talking midterm or long term. This is short-term.

HOUSLEY: The community is pretty frustrated?

SO: Absolutely. It's a daily frustration.

HOUSLEY: Another threat, a larger terrorist haven that continues to build in parts of Libya and North Africa. Those working the region in the United States security plainly the ball is being dropped by people at the White House, Pentagon and State Department.

SO: The second highest population of foreign fighters in the war in Iraq came from Benghazi. Second to Saudi Arabia.
So we are talking about historic location and region that has fed foreign fighters to kill Americans and kill other coalition forces the analysts, the intelligence experts that I work with all say the same thing: that if we just ignore the situation, as it presents itself, eventually another invasion will have to take place for us to eventually turn the tide. 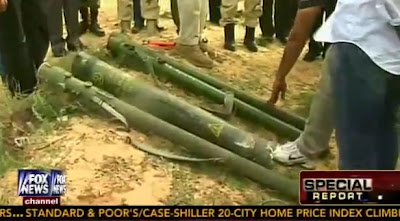 HOUSLEY: He says the region also remains a weapons hub. After the overthrow of former leader Muammar Gaddafi in 2011 which saw massive stockpiles of weapons in Libya move freely across the Mediterranean many cases in Syria.

There are thousands of shoulder-launched missiles called MANPADS, some Americans working the area say they are not allowed to take or even destroy the missiles because they have not been given the authority from their chain of command.

HOUSLEY: Is it frustrating knowing that these potential friendly forces or friendly people on the ground there were willing to pass along something that could fall into the hands of an adversary and there was no plan in place to do it?

SO: It was frustrating not only for myself but for the men and the guys that I work with. We always talk amongst each other and discuss that, you know, it's probably going to take a 747, a 757 to get shot down in Tripoli for somebody to pay attention though that, which is unfortunate.

HOUSLEY: Bret, looking for a response to the charge, that the possible mastermind has been identified and walking around in Libya.

We reached out to the State Department, the CIA, the Pentagon and the FBI. And we received no official response or comment.

Close your eyes and imagine a MANPAD taking out an American or a European passenger jet. Because that's precisely what will happen thanks to the fecklessness, cowardice and incompetence of the Obama administration.

Remember this when -- not if -- such a "man-caused disaster" occurs.


Also See Part I: BENGHAZI WHISTLEBLOWERS: Obama, Hillary Lied About Assets That Could Have Saved SEALs, Then Threatened Witnesses

what obama and hillary and panetta did was malfeasance at best. he should be impeached. congress should pass resolutions condemning panetta and hillary.

I think we can be totally safe in saying, that if Obama & Company are using threats, blackmail, etc., on Benghazi whistle blowers, then this must be SOP to reign in anyone who dares to defy the god.

It explains a lot with regards to the questionable actions of judges, journalists, members of congress, and various others.

Hopefully, since this person come forward, others will follow.

The previous report of a retired Four Star Admiral alleging that Obama planned the entire operation in order to appease Egypt. The plan was to stage the raid on the Embassy/compound to kidnap the American Ambassador for whom America would exchange the imprisoned blind Muslim Shaek (of the World Trade Center bombing). The operation went askew when the Americans disobeyed the "stand down" order and attempted to defend the Ambassador and all were killed. A failed operation, but Obama still gave Egypt F-16 fighters and other military aid in an attempt to "buy" them off. Everyone now denies any knowledge about Benghazi.