When the Next Attack Comes

When, not if, the next attack comes, I would like you to remember the following letter and the response to it by the Obama administration. 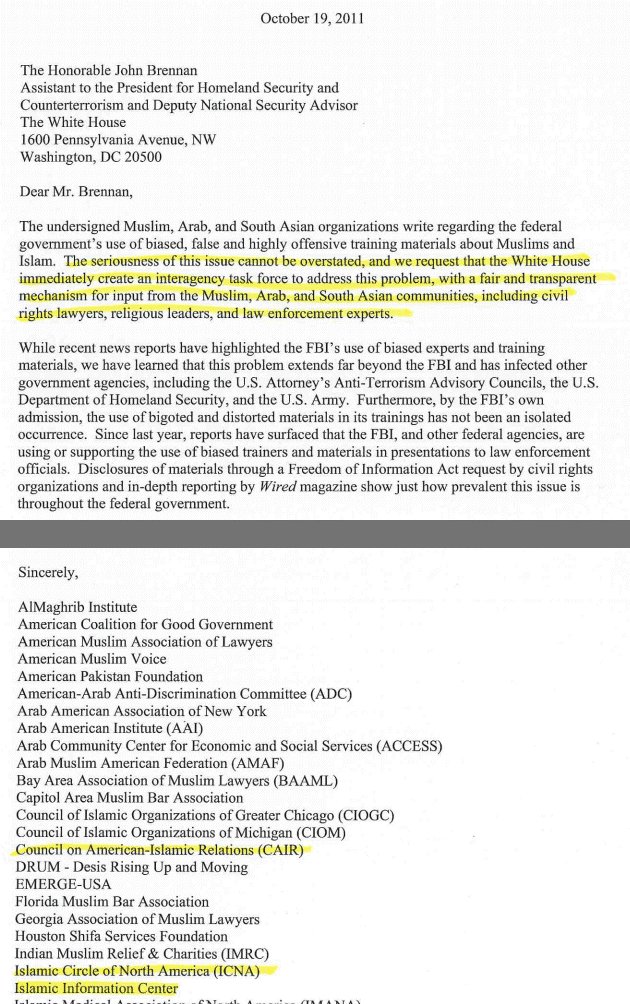 In total, nearly 50 Islamic and Islamist front groups signed the letter. The administration's response was horrifying and, given this president, utterly predictable.

Secret briefings by the FBI about its purge of counter-terror training documents and the identities of the outside experts who helped direct it have only heightened the concerns by some members of Congress that the agency is trading national security for political correctness... 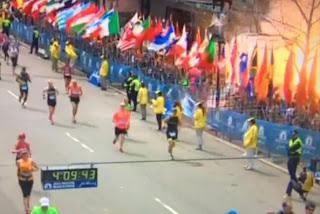 ...The FBI began reviewing all of its counter-terror training materials last September in response to media reports describing controversial statements in documents and lectures, allegedly including the assertion that devout Muslims are more likely to become terrorists.

Islamic and Arab-American groups protested and demanded removal of all references they deemed to be anti-Islamic. Within days, the bureau launched a review to ensure all FBI training materials are factual and do not rely on stereotypes.

To lead its review, the bureau created a five-member advisory panel that includes three outside Islamic experts, whose identities the agency will not disclose publicly.

After six months, almost 900 pages of documents were removed from the curriculum. Those are the materials members of Congress have been reviewing, but cannot discuss.

How much collateral damage is acceptable before Islamofascism is placed back on the required reading list for national security personnel?

We know that blowing up the Boston Marathon -- killing and wounding hundreds -- isn't likely to garner attention from Democrats, establishment RINOs and vintage media.

So, if you would, please hazard a guess:

How many dead Americans are acceptable to the Obama administration before it is forced at address the Jihadists who revel in the deaths of innocents?
A. 57 - one for each state.
B. 100 - round number could represent "grim milestone".
C. 3,000 - more than 9/11.
D. 10,000 - in other words, detonating a small nuclear device.
E. 1,000,000 - detonating a large nuclear device, or multiple devices and/or an EMP.
F. Other - some other noteworthy attack (e.g., taking out MSNBC)


Answer in the comments, if you would.

You're forgetting the '25 million' dead several Obama czars have said would be 'necessary' to purge America of those 'resisting' leftist change.

Select D. Someone has all of that nuclear material that disappeared when the Soviet Union collapsed.

There is no number. In "progressive" thinking, there is no alternative to progressive truth. There can be no debate, no discussion, no compromise of progressive policies. To the progressive, their policies are not negotiable for there is no other just or fair policy that can compete. So if people die, the policy is not wrong, the people who oppose the policy are responsible. This is basic totalitarian Marxism.

Whenever one of the countless vacations by our Royal Family is delayed or postponed by a terrorist attack, THAT is likely to be TOO MUCH for our dear Ozymandias-on-the-Potomac and his household herd to endure.

With Bush 43 in the news and the Left playing the 9/11 "blame game" again, it's important to remember that the attacks of 9/11 might not have ever happened if Bill Clinton had done his job...
http://networkedblogs.com/ItEn4