IT'S COME TO THIS: Law enforcement officials now suing their bosses to be allowed to enforce the law

I refer, of course, to the most lawless administration in American history.

Department of Homeland Security Secretary Janet Napolitano does not have the authority to refuse to enforce laws that require illegal immigrants to face deportation, according to the federal judge hearing the Immigration and Customs Enforcement union’s lawsuit against DHS. 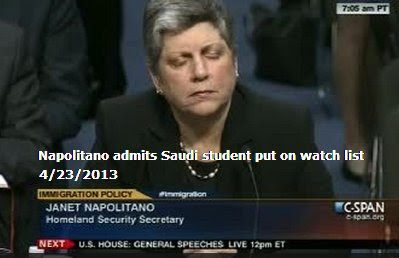 “The court finds that DHS does not have discretion to refuse to initiate removal proceedings [when the law requires it],” U.S. District Judge Reed O’Connor said Wednesday, per Business Week. O’Connor asked DHS and the ICE union to offer additional arguments before he makes a final ruling on the legality of President Obama’s “deferred action on childhood arrivals” program, which invoked prosecutorial discretion as a means of allowing people to stay in the country if they would have qualified for amnesty under the Dream Act, which never passed Congress.

The judge’s comments come one day after Napolitano scolded the union, during a Senate Judiciary Committee hearing on the Gang of Eight’s immigration bill, for challenging the policy she and Obama have implemented.

“There are tensions with union leadership, unfortunately,” Napolitano told Sen. Jeff Sessions, R-Ala., on Tuesday. “Here’s what I expect as a former prosecutor and attorney general: that is that law enforcement agents will enforce the law in accordance with the guidance they are given [by] their superiors.”

In response to the court, Senator Jeff Sessions reamed out Napolitano for her lawless behavior.

[The federal judge] said that the Secretary [of the Department of Homeland Security] doesn’t have the ability to direct agents not to do what Congress has explicitly required them to do... 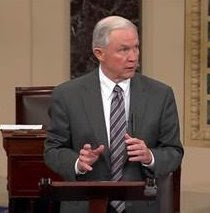 This Secretary has proven that she’s not willing to have the laws of this country enforced. And has even been sued by her own law enforcement officers. This is just a dramatic example of the problems I’ve been hearing from federal law officers. They needed to be respected, they needed to be affirmed in their duties on a daily basis out confronting people who are unlawfully here... And they’ve been undermined in that. And their morale has plummeted. And the Secretary hasn’t even talked to them...

I’ll tell you who else hasn’t talked to them, the people who wrote this bill. Chris Crane, the head of the Association, wrote, called, publicly asked the opportunity to participate in these discussions and at least tell them what the real world is like. But no, they had the Chamber of Commerce, they had the Ag people, they had certain union officials, they even had La Raza—they’ve all been meeting and talking. But not the people who are out there struggling every day trying to make sure we have a lawful system.

This administration. Is. Out. Of. Freaking. Control.


What is the GOP going to do TOMORROW about this? -- Let it drop, after they've gotten their 'camera' time today?

Our problem is not the left -- it is the cowardly, corrupt RINO hacks hogging the leadership positions of the GOP. (Sessions aside. Boehner not.)

I have to agree with The fine report.

We were betrayed once by Reagan's statesmanship. Now, yet again, We are not only being betrayed but pillaged!
The government gives OUR treasure and OUR work away to people who come here because they refuse to clean up their own country and always have.
Don't believe me? look at the stark differences between Juarez and san antonio!

Time to start leading folk. Get rid of Boehner. He's too stupid to play in this sandbox. he makes too many mistakes and this is not amateur hour.