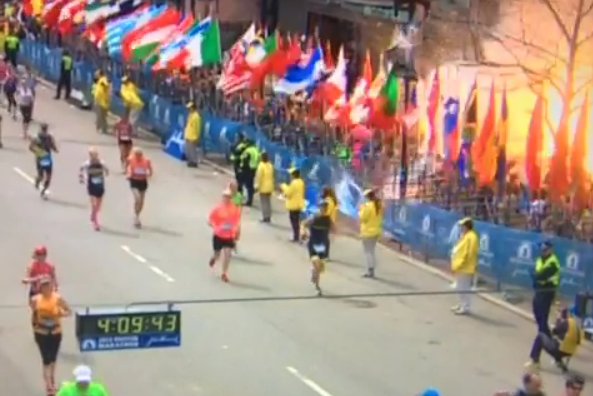 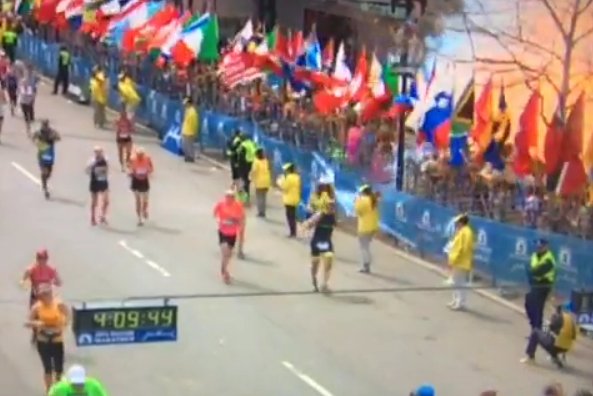 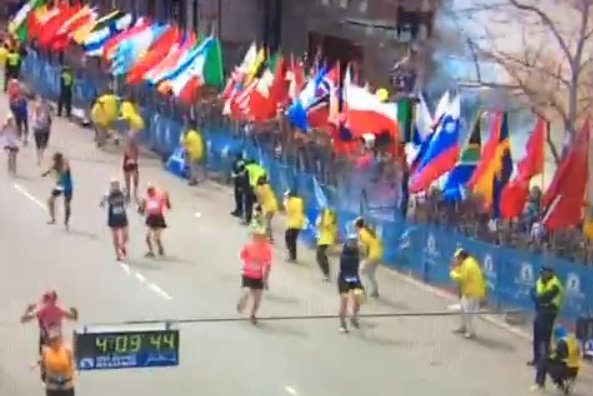 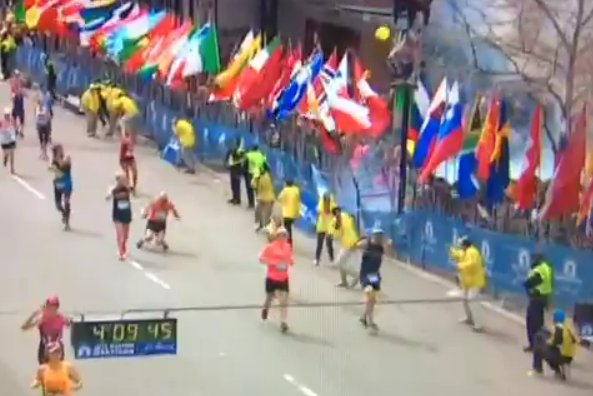 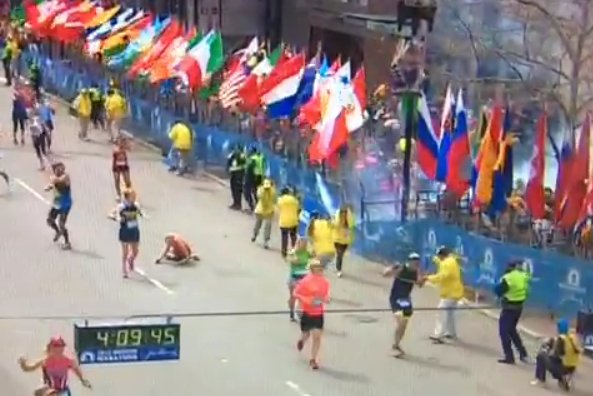 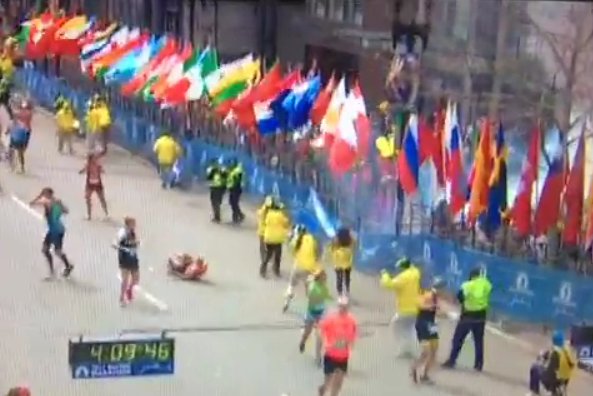 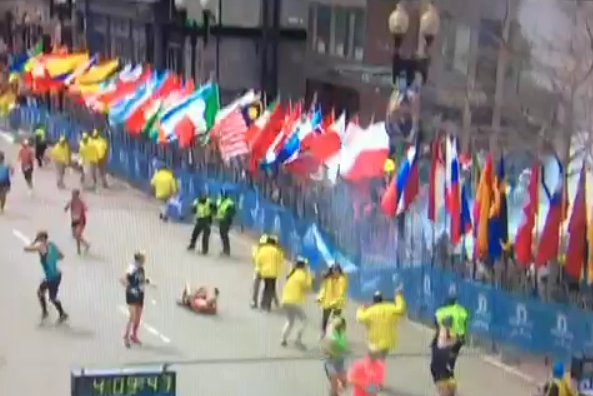 CBS News is reporting at least two people have died and 22 were wounded. The New York Post says that 12 are dead and nearly 50 were wounded, citing a "federal law enforcement source". 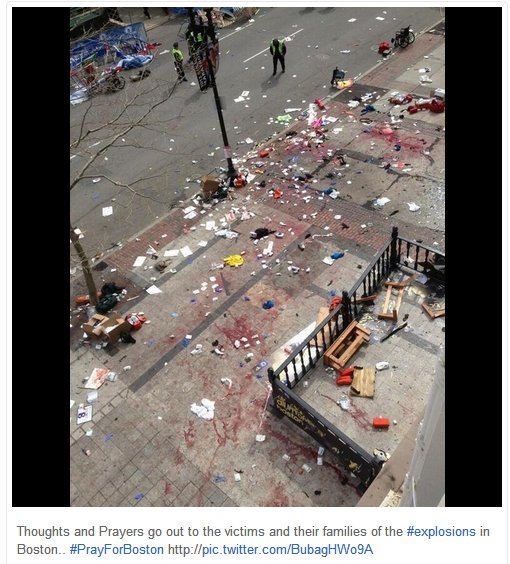 A senior U.S. intelligence official says two more explosive devices have been found near the scene of the Boston marathon where two bombs detonated earlier. The official said the new devices were being dismantled.

Update 4: Authorities ID a suspect in marathon bombings - he is being guarded in Boston hospital

Authorities have confirmed to The Post that they have identified a suspect in the Boston Marathon bombing.

The suspect — a Saudi national who suffered shrapnel wounds in today's blast — is currently being guarded in a Boston hospital.

A law enforcement source confirmed to The Post that 12 people were killed and nearly 50 were injured in today's blast.

nvestigators have a suspect — a Saudi Arabian national — in the horrific Boston Marathon bombings, The Post has learned.

The man was caught less than two hours after the 2:50 p.m. bombing on the finish line of the race, in the heart of Boston.

In addition, Boston police have has surveillance video of someone bringing multiple backpacks to blast site, according to CBS News.

Police also confirmed that there was a third explosion, at the John F. Kennedy Presidential Library and Museum. It was not immediately clear how much damage was done or whether it was related to the bombings at the marathon finish line.

Update 6: WHDH-7 reportedly had video of police guarding a suspect in a local hospital. Fox News also confirmed the New York Post report of a suspect in custody. 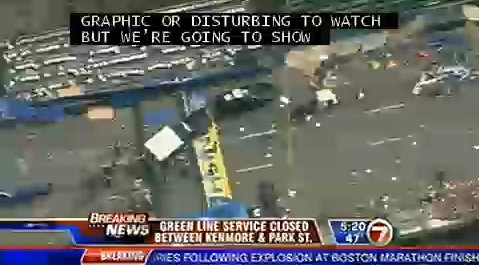 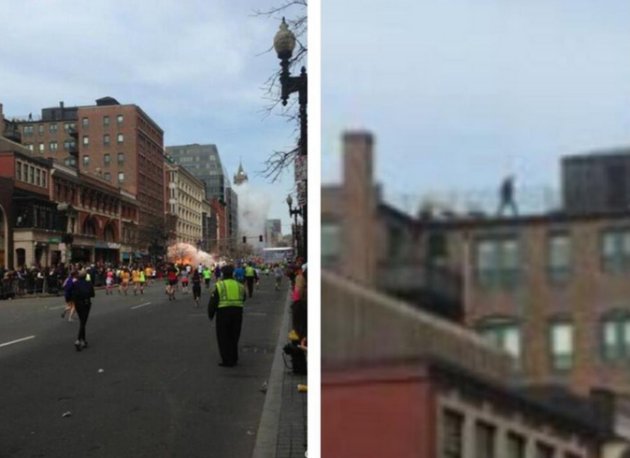 We are ALL OVER the tragic bombings in Boston on CC...

Video of the event itself

Be safe everyone. Love and Support from Mumbai. We are all with Boston on this sad day