WHAT HAPPENS WHEN A CURRENCY DIES: Argentina's farmers hoarding food rather than pesos

Let's pray this isn't a preview of coming attractions here.

Sales of Argentine soybeans are lagging this season due to expectations for higher world prices later and to domestic financial uncertainty that has prompted farmers to save in beans rather than pesos. 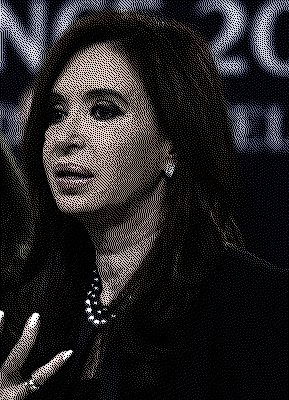 With world food demand on the rise, growers in the Pampas grain belt are filling their silos with soy rather than converting their crops into pesos, a currency that hit a new all-time low in informal trade this week.

Considering Argentina’s high inflation, clocked at about 25 percent by private economists, “money in the bank” is not as secure as storing soybeans next to their fields... “We are going to hang onto our soy. One can see higher prices ahead,” said Jose Plazibat, a partner with the firm of Bandurria and Plazibat Brothers, which farms more than 3,000 hectares near the town of Chacabuco in Buenos Aires province.

...Growers say they would plant more corn if the government would stop placing curbs on exports. The farm sector has long feuded with President Cristina Fernández de Kirchner, who won re-election in 2011 on promises of increasing the government’s role in Argentina’s economy.

Confidence has since softened. The peso has slumped in the informal market, opening a breach of 71 percent versus the formal exchange rate and increasing market chatter about a possible devaluation to shore up exports... The government is likely to put off a devaluation of the official peso at least until the October elections have passed.

Say, perhaps the economic geniuses Paul "Enron" Krugman and Henry "POS" Blodget could explain why massive deficits, financial repression, and currency devaluation didn't work for the Argentinian government, which has only tried their Keynesian policy prescriptions for, oh, about the last century or so.


Related: Don't Cry for Me, America.

Besides being incredibly incompetent, corrupt, and personally obnoxious, this woman is a desperate sociopath bouyed only by her country's ignorant populace.

One can safely say she is the Hillary Clinton of Argentina.

Well, to answer your query Doug, I would have to tell you that their answer would be that Argentina didn't have enough marbles to play the game right. If you listen to them even now, they are blaming the failures of these policies on the timidity of the idiocy.

'Pull around and hit it the iceberg again, captain. That'll fix it.'

How long until they start implementing land grabs to "correct" the problem with their export markets? ... because, you know, history shows us how well that always works /sarc