Perhaps it was because -- like Boston bomber Tamerlan Tsarnaev -- she's a disappointed boxer who had trouble making friends in America.

At a San Jose Starbucks a person tried to leave tainted orange juice for customers to buy. 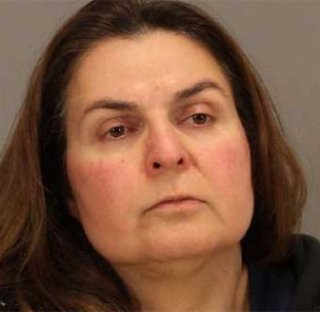 Thankfully, someone saw something suspicious and reported it before anyone had a chance to drink that juice. Now there's concern this isn't the first time or the last that a woman has tried it.

A customer noticed a woman's odd behavior as she walked in, pulled out two bottles of orange juice and stacked them next to other refrigerated items. After the woman left, the customer told the store manager and the employees noticed a toxic smell coming from the containers so they called in the San Jose hazardous materials team.

One bottle was found to contain a mixture of orange juice and isopropyl alcohol, also known as rubbing alcohol. The other bottle had acetone in it, which is commonly used as nail polish remover.

Surveillance cameras captured the suspect's license plate and police traced it back to the suspect's home in South San Jose where they arrested 50-year-old Ramineh Behbehanian.

No one drank the tainted orange juice and investigators do not believe she did this at any other stores. Regardless, Starbucks says it is checking its bottled beverages at other nearby stores.

Police have not released a motive as to why this woman would want to poison customers, but they plan to hold a press conference on Tuesday morning.

I hear that the surname Behbehanian is Iranian.

But please don't jump to any conclusions and assume that this fragile young dove is an angry Muslim waging Jihad. I'm guessing she's a Tea Partier and a Fox News viewer. Or something.

The name is ethnically Armenian. It is true there are many ethnic Armenians living in Teheran, Iran.

That Starbucks is right by my house, it's a corner establishment of a strip mall with a slightly upscale supermarket, Nob Hill.

Not a large enough muslim population to mention. Who frequents there, mostly high school students and a bit of a layabout, unemployed crowd. Weekends is packed with faux bicyclists and motorcyclists in their garish gear. A slightly rougher crowd than most Starbucks, so it's not an upscale hangout.

It's California so a good deal of Armenians and some Iranians in that area...but ethnically the neighborhood is white/hispanic/asian with a good number of Indians. There is a bit of riff raff that comes through because it's near the light rail and a freeway as well as some low income housing across the tracks so to speak. I once witnessed a young Hispanic boy who spoke little English rifling through the trash bin outside the Starbucks after hours for recyclables.

A few loonies do occasion the mall, which this lady was no doubt. She probably had a personal, non Islamic agenda, I would guess. Probably got refused a job or thrown out for bein' too ugly.

And fyi Armemians would generally shed their ethnic names if muslim...

I had a Burkha babe step next to me at the bank today. I made sure the bank was not offering cook ware for depositors then sought to ascertain more closely her body profile. She passed the smell test but I left wondering if there would be any Kabooms.

Saw a comment which suggested she might be a gypsy who was attempting to set up a situation in which she could sue Starbucks after purchasing the drinks herself.

The original article doesn't say anything at all about any Quaker associations. Why is this person labeled a "militant Quaker" in this blog?