UN "Human Rights" Official: Boston Got What It Deserved


UN Human Rights Council “expert” Richard Falk has published a statement saying Bostonians got what they deserved in last week’s terror attack. He quotes W.H. Auden to make his point: "to whom evil is done/do evil in return.” 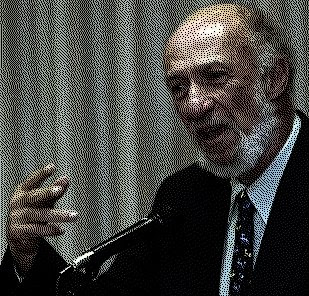 Richard Falk is the UN’s “Special Rapporteur on the situation of human rights in the Palestinian territories occupied since 1967.” He has held the post since 2008, despite exposure as a 9/11 conspiracy theorist.

In his latest rant, published online on April 21, 2013 by foreignpolicyjournal.com. Falk repeats the libel that prior to 9/11 President George W. Bush was seeking a “pretext” for war, and that anything Israel is the opposite of “justice and peace.”

And then he attacks Bostonians head-on. The police action in Boston was a "hysterical dragnet." Boston’s dead were "canaries" that "have to die" because of America’s “fantasy of global domination."

Falk explains the attacks as justifiable “resistance.” In his words: “The American global domination project is bound to generate all kinds of resistance in the post-colonial world.”

He minimizes the crime and predicts worse if America doesn’t change its ways to better accommodate the demands of “the Islamic world.” As he puts it: “In some respects, the United States has been fortunate not to experience worse blowbacks, and these may yet happen…”.

For years, Falk has been espousing the worst forms of antisemitism from his UN perch, and for his efforts has been rewarded with repeated opportunities by the Council to lecture others on his world view.

That world view is shared by the 56 member states of the Organization of Islamic Cooperation (OIC), who only a week ago at UN Headquarters refused to define terrorism unless an exception clause was created for “legitimate struggle.”

The OIC controls the balance of power at the UN’s top human rights body, by holding majorities in both the African and Asian regional groups. Africa and Asia, in turn, control 26 of the 47 seats on the Council. With the backing of the OIC, therefore, Falk has been encouraged and protected.

The Obama administration has long championed the UN Human Rights Council, which it decided to join as one of its first foreign policy moves in 2009. Thanks to the Obama administration, U.S. began a second three-year term on the Council this past January. At the opening of the Council’s most recent session in March, Assistant Secretary of State Esther Brimmer traveled to Geneva to address what she called “this esteemed body.”

There is nothing about a “human rights” body that countenances the likes of Richard Falk that is “esteemed,” and the United States should resign--effective immediately.

fabulous person. I bet we pay most of his salary and for the goodies he hands out. *spit*
Frank G

Turning my back on this man and scratching the ground like cat burying excrement.

The UN is a worthless, corrupt and perverted organization that promotes evil and attacks reason and goodness.