The Gang of Eight's Secret Amnesty Deal: Enforcement Will Not Come First [Sessions] 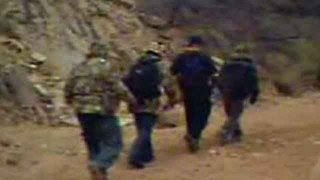 This proposal offers immediate legalization with unfulfilled promises of enforcement in the future. This is contrary to the commitment they made to the American people and raises the same core problem as the 2007 proposal that was rejected by the American people. This should not surprise given that Gang of Eight has refused to meet with ICE officers while consulting with the special interests. The proposal will not stand up to scrutiny.

Another area of great concern in this proposal is the impact it will have on low-income Americans and those individuals and communities suffering from chronic underemployment. The guest worker program in this proposal represents only a fraction of the increase in legal foreign workers that will be rapidly introduced. Including those illegal immigrants that are legalized, this bill, over ten years, will result in at least 30 million new foreign workers—more than the entire population of Texas. While this may mean lower wages for the business lobby, and more political power for AFL-CIO leadership, it will be bad for American workers—union and non-union. And it will expose taxpayers to enormous long-term costs, including trillions in unfunded liabilities for Medicare and Social Security from which low-wage foreign workers will draw more benefits than they pay in. These programs need strengthening, not further weakening.


Editor's Note: A 1,500-page bill negotiated in secret is not acceptable. A bill that brings amnesty for illegal aliens before the border is provably secure is not acceptable. I am sick and tired of gangs of this and gangs of that operating as some sort of super legislature, negotiating in secret with special interests like the AFL-CIO, but hiding their machinations from the public and even other Senators.

This bill must be rejected.

I hereby propose a bill that says" Hang the first gang of 8 and then anothernad another and so on and so on until we get it done right"!!! Doyou think this might have any effect?

Sounds like the 8 are working for corporations, La Raza Unida,United Farm Workers of America AFL-CIO and others, not for the American citizen.

Where are these people going to get work? More government breast feeders?

I'm afraid this sort of legislation will continue until Congress is 'scared' into a different frame of thought. The gang of 8 may be the final straw, so to speak.

On the other hand, I would hope the Tea Party and other Conservatives head to the ballot box next election.