Fox News Atlanta on items recovered at the location of the first explosion:

The bomb that exploded at the finish line of Monday's Boston Marathon sent shock waves across the country. Crime scene photos obtained exclusively by FOX 5 Atlanta are the first look at what is left of the first deadly device.

The investigation into the explosion is already well underway, as agents sift through the remaining pieces of the bomb-- hoping to draw a clear picture of how it was built, where it was built, and ultimately, who built it.

The Associated Press has reported that the device was a pressure cooker bomb-- common cookware throughout the world. The crime scene pictures obtained by the FOX 5 I-Team show pieces of a stainless steel pressure cooker with an Underwriters Laboratory number. One picture shows the imprint: Gas and Electric.

Another picture shows what appears to be a black, padded knapsack or duffel bag. Various news outlets have reported that the bomb was carried in a black bag. 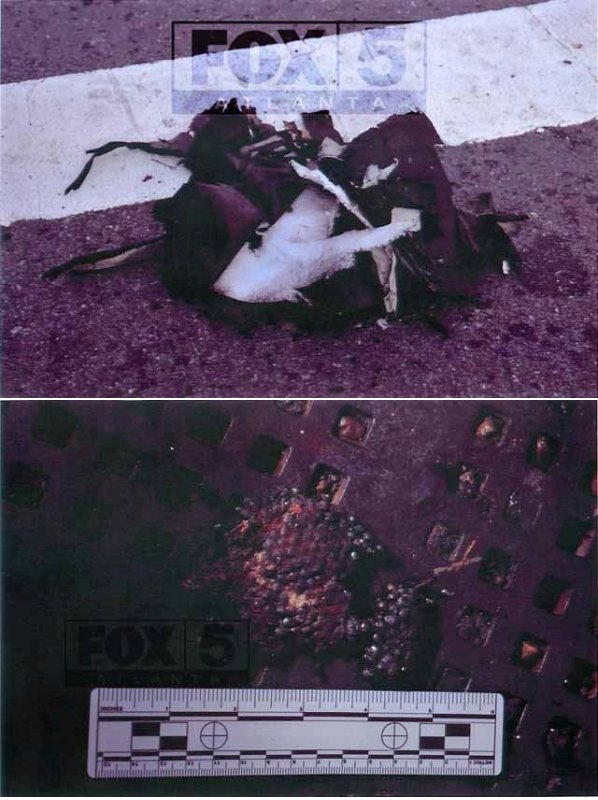 IS THIS FROM THE LOCATION DEPICTED IN THE BELOW POST, OR THE OTHER LOCATION?

THE BLOW POST SUGGEST THE BOMB WAS IN A BAG AND NOT A BLACK BACKPACK.

Great pictures, need to have National Background checks for all pressure cookers sold!!