As Obama bows to the new Saudi King, he quietly unveils plans to kill off the crucial Trans-Alaska pipeline

Energy: While taking credit for increased oil and gas production on private and state lands, the president moves to put 12 million acres of the oil-rich Arctic National Wildlife Refuge off limits. OPEC and the Saudis are smiling. 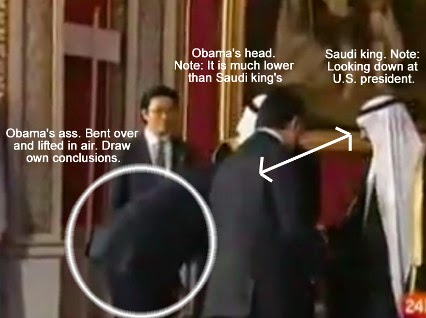 Whoever's in charge of presidential optics these days fits the classic definition of the blind leading the blind.

It's bad enough that President Obama doesn't have time to get to Paris for a global protest against terrorism after the Charlie Hebdo attack but can meet and greet the San Antonio Spurs.

But then he privately slams an invitation by Congress to Israeli Prime Minister Benjamin Netanyahu, our only true ally in a terror-stricken Middle East, with whom he has no time to speak, while he travels to Saudi Arabia to meet with new Saudi King Salman and extend our condolences on the death of King Abdullah.

The proposed designation comes from a president who has taken credit for an oil boom on private and state lands that has driven down oil prices to the point that the Russian economy is cratering and OPEC is hyperventilating.

It also comes from the president who in 2012 mocked the "drill, baby, drill" mantra of former Alaska Gov. Sarah Palin. "Since it's an election year (Republicans) are already dusting off their three-point plans for $2 gas," Obama said, adding that "we can't just drill our way to lower gas prices."

Well, we could and we did and $2 gas is here — despite a president who restricts domestic oil exploration and production in federal waters and on federal lands, and blocks the Keystone XL pipeline lest North America leave OPEC in the dust and literally pounding sand.

Is President Obama worried that fossil fuels, our fossil fuels, are becoming the energy source of the future and that he must — like a King Canute of energy — try to stem waves of them?

"Alaska's National Wildlife Refuge is an incredible place — pristine, undisturbed," Obama said Sunday. "It supports caribou and polar bears, all manner of marine life, countless species of birds and fish, and for centuries it supported many Alaska native communities. But it's very fragile."

Fact is, the coastal plain, where the drilling would occur in ANWR, is far from the scenic areas shown in Sierra Club ads. Half the year it's in total darkness, reaching temperatures of 50 below. Spit freezes before it hits the ground. Most of the year it's uninhabited and uninhabitable by wildlife.

Nearby Prudhoe Bay has supplied an average of 9%, and as much as 12%, of our daily consumption since oil first flowed southward on June 20, 1977, after critics said it held only a six-month supply and was among the most environmentally sensitive oil operations in the world. Caribou frolic and play by the pipeline, enjoying its warmth as herds have expanded manyfold.

The Trans-Alaska pipeline, which at one point carried 2.1 million barrels of oil a day from Prudhoe Bay, now carries well under a million as production has dwindled. If output drops below 300,000 a day, it will have to shut down due to flow requirements.

ANWR's coastal plain alone is estimated to hold 28 billion barrels of oil. The Trans-Alaska pipeline needs that additional production, and we do too. So drill, baby, drill, and let the Saudis fend for themselves.

Hmmm ... when did Obama hire such suspiciously Japanese-looking aides?

What's your opinion of trump bowing to the Saudi King?