The Conservative Tribune reports "that the FBI is aware of 22 Islamic 'communes' inside the United States. These are allegedly run by a Pakistani group known as Jamaat al-Fuqra, through a more friendly sounding organization called 'Muslims of the Americas' (MOA)."

According to the Clinton Department of State, the group called Jamaat ul-Fuqra is a terrorist organization. 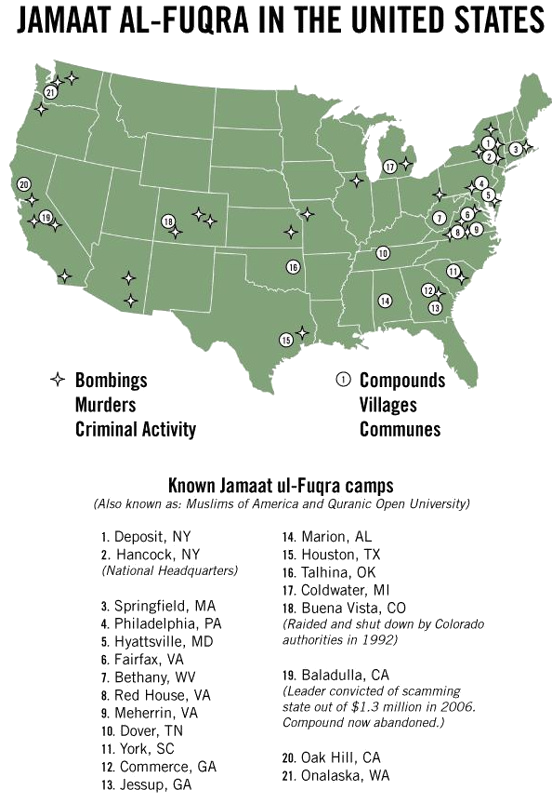 Thanks, Mr. "The future must not belong to those who slander the prophet of Islam" Obama!