CONVENTION OF STATES UPDATE: The Latest from West Virginia

"The second clause of Article V - empowering the states - is necessary, because left to Congress, no amendments of the proper kind would ever be obtained by the people, if the Government should become oppressive." 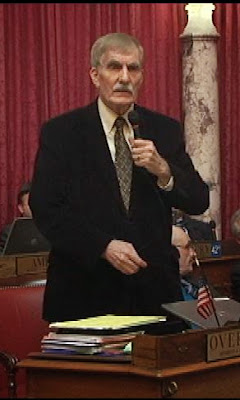 Almost a year ago, we published a column that pointed out how oppressive our federal government has become, and the need to rescue it from the career politicians on both sides of the aisle who are more interested in their political futures than in America's future. Article V of the U.S. Constitution, also known as The Convention of States, is the vehicle by which the states can take control of our out-of-control government. In a nutshell, Article V gives the individual states the power to propose and enact Constitutional amendments independent of Congress.

To convene a Convention of States, two-thirds of the fifty states' legislatures, or 34 states, would need to initiate a convention to propose specific Constitutional amendments. If three-fourths of the states, or 38 states, ratified these amendments, the amendments would become law and part of the U.S. Constitution. This is strictly a state legislature initiative; state governors have no role in the process and cannot stop it. Currently, 40 states are in the process of initiating an Article V convention to propose three specific amendments. One would impose fiscal restraint on the federal government through a balanced budget amendment, the second would limit the government's power and jurisdiction, and the third would impose term limits on Congress.

Should these amendments become ratified, they become law. Congress can't change or amend (add pork to) them, the president can't veto them; the Supreme Court can't overturn them.

Last February, Delegate John Overington sponsored a resolution calling on West Virginia to participate in the Convention of States movement. At the time, he had 37 bi-partisan co-sponsors. This year, he hopes to have 64 sponsors when he re-introduces it. State Senator Robert Karnes will be introducing it in the Senate. They'll both need our help in this effort.

Lets contact all our representatives, both Democrat and Republican, and let them know where we stand.

at 3:45 PM
Email ThisBlogThis!Share to TwitterShare to FacebookShare to Pinterest
Labels: Protecting America

What is the point of a Constitutional Covention if we do not use the Constitution we have?

Mark Levin wrote an entire bestselling book about this topic. I'd recommend reading it.

Please tell me why I would trust any state government body more than the Federal government. If those are the only amendments proposed I agree with them but like anonymous said what is the point if the president and Congress already ignore the Constitution.

Anonymous & Benson II make VERY good points. to further elaborate, if the people in this country have largely forgotten what Natural Rights are (AND what they AREN'T), then an Constitutional Convention would be moot at beast and EXTREMELY dangerous at worst.

regarding Mark Levin's book "Liberty Amendments", i've not read the entire thing, but i got hung up on his "taxation" chapter. ANYONE who proclaims to champion LIBERTY yet tolerates ANY DIRECT tax (like the so called "income" tax) apparently doesn't understand LIBERTY enough to be an authority on the subject! 8-)

"What secret knowledge, one must wonder, is breathed into lawyers when they become Justices of this Court, that enables them to discern that a practice which the text of the Constitution does not clearly proscribe, and which our people have regarded as constitutional for 200 years, is in fact unconstitutional." --Justice Scalia dissent in Bd. of Comm'rs v. Umbehr (1996).

We need to stop a Court which obviously knows no bounds.