Because even the hyperactive Leftist understands Obama better than Boehner, McConnell and Rove. 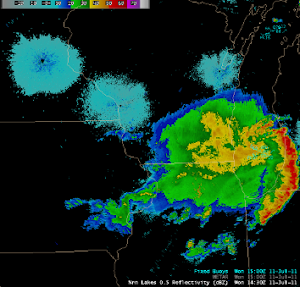 He misses the main point of politics which is to be a politician and to trade. Okay, you want this? You want to take care of people who have been here illegally for 20, 30 years? Here's what I want. No more illegal hiring, and that's all in the Senate bill. But he won't sell the compromise. There's something in this guy that just plays to his constituency and acts like there is no other room out there. And that's going to be a collision at the end of this year like you have never seen. I do believe it will be like waving a red flag in front of the bull. I think Mitch McConnell is headed for a fight with the president.

Now I must admit this clip was picked up from RealClearPolitics because no one watches MSNBC. Seriously. Its ratings now hover between those of airport radar and the laundromat on E. 34th Street.

You forgot the worst "television" of all. Now in doctor's offices in poor rural areas there is a big screen that has a loop of non-information: handy medical tips for everyone.

I've learned to bring earplugs. The unfortunate reception staff has to listen to it all day. Not even the docs have control over the Big Brother machine.

But what's really depressing is the captive audience who are so trained by now to turn their eyes to moving images- they don't appear to think they have a choice in the matter.

Goebbels was wrong though: if you repeat a lie often enough people simply tune you out.

Doug
For a little piece of mind, please stay away from the likes of Matthews and all his type on those non-news shows, you do an excellent job with everything on this blog, so for your own sanity, just let those idiots ramble on too the 2 people that watch that trash........ ;)