Transparency: The administration is said to be hiding for reasons of damage control a report on the soldier we traded five Taliban leaders for. Bowe Bergdahl's lawyers have already been given a charge sheet for desertion. 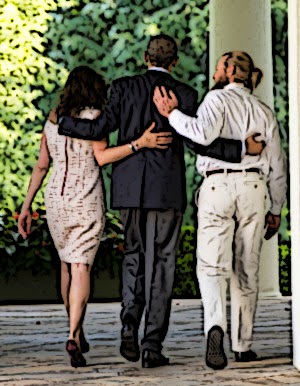 Both Fox News and now NBC News have reported that Sgt. Bergdahl will be charged with desertion. "I have been told and confirmed by two other sources that his attorney has been given what we call a charge sheet," retired Army Lt. Col. Tony Shaffer, a respected military analyst, told Fox's Bill O'Reilly on Monday. NBC's Jim Miklaszewski quoted senior defense officials on Tuesday as saying charges could be referred within a week.

"A charge sheet is the results of investigation listing out the articles of the Uniform Code of Military Justice that have been violated," Shaffer e xplained. "The key violation is desertion."

Shaffer, an analyst with the London Center for Policy Research, White House Deputy National Security Adviser Ben Rhodes, who played a key role in the cover-up of administration malfeasance in the Benghazi terrorist attack that killed four Americans, has been laboring to keep this information under wraps as long as possible, perhaps to be included later in one of those Friday data dumps the administration is famous for.

We'd be stunned if any other decision were reached, for the uncontestable fact is that Bergdahl walked away from his combat post in 2009 in a time of war, leaving behind his weapon, his gear and his fellow soldiers. At least six soldiers were reported to have been killed in operations looking for him. He was not out for a walk to relieve stress or clear his head.

Bergdahl was believed to have been held by the Haqqani terror network in the tribal area of Pakistan's northwest frontier on the Afghan border. He was picked up in eastern Afghanistan, near the Pakistani border, by a Navy SEAL team as part of a trade involving the return of five top Taliban commanders who'd been held at Guantanamo Bay.

After the trade, the Taliban released a statement attributed to their leader, Mullah Omar, declaring the release of the commanders from Gitmo a "great victory."

It was this trade that told the world that America was now ready to deal with terrorists, putting a price on all our heads. President Obama not only broke America's pledge that we will never negotiate with terrorists. He also broke a law that requires congressional notification of such a trade. Not coincidentally, ransom is now a prime source of income for the Islamic State.

There's another law the president himself may have broken — that of giving material aid and comfort to a terrorist enemy. As pointed out by Allen West, former congressman and Iraq War veteran, Obama recently signed into law the National Defense Authorization Act, which makes it a crime to offer or provide any material support to terrorist groups. It makes no exception as to who and under what circumstances.

"We have a federal statute which makes it a felony to provide material assistance to any terrorist organization," said Fox News judicial analyst Andrew Napolitano in support of West's opinion. "It could be money, maps, professional services, any asset whatsoever, including human assets."

Releasing official charges against Bergdahl for desertion would also indict Obama for illegal activities that benefit terrorism. Shaffer spoke of "a titanic struggle behind the scenes," with the Army trying to do the right thing while the White House worried about the images of a president welcoming the parents of someone now charged with desertion and a terrorists-for-deserter narrative coming out.

But it will come out, and it will be damning.

0bama will soon up the ante with the ongoing PURGE of senior officers in the Army, who prove to be non-politically reliable. Maj General Dahl most likely has already made the decision to retire this year. Lt. General Milley may still survive the PURGE, if he refused to convene a Court Martial for Bergdahl. Otherwise, Milley is out as well, and soon.