Can a Republican Governor Start to Fix the Nation's Worst Economic Mess in Illinois?

State Government: Bruce Rauner became Illinois' 42nd governor on Monday, the first Republican since 2003. He inherits a state that's been dubbed "America's Greece," but it's another opportunity to show what a GOP chief executive can do. 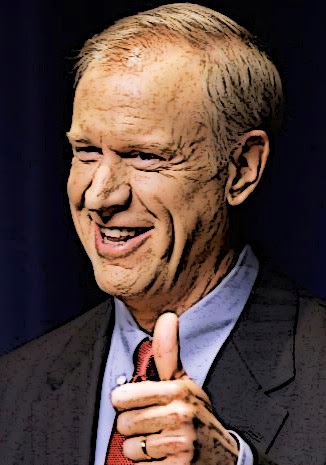 A big part of the GOP tsunami in 2014 occurred at the state level, with Republicans expanding their hold on governors' mansions and legislatures with wins in blue states such as Maryland, Massachusetts and President Obama's Illinois.

The number of GOP governors has grown to 31 from 21, control of legislatures has expanded to 68 of 98 partisan legislative chambers, and Republicans now have total control of some two dozen states.

There's a reason for this success, and it's the fact that GOP governors tend to promote a free-market economy with lower taxes, less regulation and a generally friendlier business climate that emphasizes wealth creation rather than redistribution.

According to new data from the Bureau of Labor Statistics, nine of the 10 fastest-growing state economies last quarter had GOP governors, including North Dakota with its fracking boom and 8.4% growth rate. Six of the 10 worst-performing states were run by Democrats. We'll refrain from another Texas vs. California comparison.

Surrounded by Michigan, Indiana and Wisconsin, where GOP governors Rick Snyder, Mike Pence and Scott Walker turned their states around by taking on public-sector unions and enacting right-to-work laws, Illinois has languished as the bluest of blue states, an example of the atrophy that dominance by statist Democrats can impose.

Bruce Rauner, a self-made, private-sector millionaire who said in his ads, "I can't be bought," argued for term limits as a way of keeping government officials from enriching themselves at public expense. Rauner took on the public-sector unions early.

Its credit ratings of A-minus and A3 are the lowest among the 50 states.

Pension payments are expected to rise to nearly $7.6 billion in fiscal 2016 from the current $6.8 billion, and Quinn's office estimated Illinois to climb to $9.8 billion at the end of FY 2016 from this year's $4 billion.

Rauner faces an uphill battle. Illinois unions are still among the most powerful in the nation, and he faces a Democrat-controlled legislature led by an old-style party boss, House Speaker Mike Madigan. Like Chicago mayor and former White House chief of staff Rahm Emanuel, he is used to calling the shots.

Voting with their feet, more people fled Illinois in 2014 than were born there, leaving the state with a net loss of 95,000 residents, according to an analysis by the Illinois Policy Institute.

Illinois had the worst job-creation rate in the Midwest.

In the past four years, the number of new food-stamp recipients in the state has outpaced new jobs nearly 2-to-1.

Rauner has touted a pro-growth agenda and so far has shown no willingness to reinstate Quinn's temporary tax hike, which expired on Jan. 1. That expiration brings down Illinois' tax rates to 3.5% from 5% for individuals and to 5.25% from 7% for corporations.

If Rauner pulls off a genuine recovery in President Obama's very blue home state, the electoral landscape of 2016 would have a new dynamic.

Don't worry. If he does get things turned around, you can be sure the Democrats will take the credit.