The Solution to the Growing Scourge of French Anti-Semitism

January 16 is the nine-year anniversary of the beginning of the Ilan Halimi disaster.

On January 16, 2006, Sorour Arbabzadeh, the seductress from the Muslim anti-Jewish kidnapping gang led by Youssouf Fofana, entered the cellphone store where Halimi worked and set the honey trap. 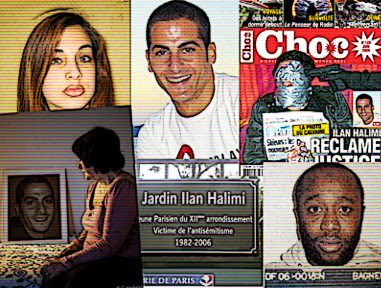 Four days later, Halimi met Arbabzadeh for a drink at a working class bar and agreed to walk her home. She walked him straight into an ambush. Her comrades beat him, bound him and threw him into the trunk of their car.

They brought Halimi to a slum apartment and tortured him for 24 days and 24 nights before dumping him, handcuffed, naked, stabbed and suffering from third degree burns over two-thirds of his body, at a railway siding in Paris.

He died a few hours later in the hospital.

In an impassioned address to the French parliament on Tuesday, Prime Minister Manuel Valls gave a stirring denunciation of anti-Semitism, and demanded that his people stop treating it as someone else’s problem.

In his words, “Since Ilan Halimi in 2006… anti-Semitic acts in France have grown to an intolerable degree. The words, the insults, the gestures, the shameful attacks… did not produce the national outrage that our Jewish compatriots expected.”

Valls insisted that France needs to protect its Jewish community, lest France itself be destroyed.

“Without its Jews France would not be France, this is the message we have to communicate loud and clear. We haven’t done so. We haven’t shown enough outrage. How can we accept that in certain schools and colleges the Holocaust can’t be taught? How can we accept that when a child is asked, ‘Who is your enemy?’ the response is ‘The Jew?’ When the Jews of France are attacked France is attacked, the conscience of humanity is attacked. Let us never forget it.”

Valls words were uplifting. But it is hard to see how they change the basic reality that the Jews of France face.

When all is said and done, it is their necks on the line while humanity’s conscience is merely troubled.

Ilan Halimi’s case is more or less a textbook case of the impossible reality French Jewry faces. And, as Valls noted, the situation has only gotten worse in the intervening nine years. Much worse.

But back when things were much better, Ilan Halimi was kidnapped, tortured for 24 days and murdered. As Tablet online magazine’s Marc Weitzmann reported last September in an in-depth summary of ordeal, the gang that perpetrated the atrocity had been hunting for Jewish victims for several weeks before Arbabzadeh set her trap for Halimi. All their previous attempts had failed. Their previous marks included Jewish doctors, lawyers, television directors and human rights activists, as well as Jews of no particular distinction aside from the fact that they were Jews.

The anti-Jewish nature of the gang was clear from its chosen victims. The anti-Semitic nature of their atrocious crime against Halimi was obvious from the first time they contacted his mother, Ruth Halimi, demanding ransom for his release. They made anti-Jewish slurs in all their communications with her. And as she heard her sons tortured cries in the background, Ruth was subjected to his torturers’ recitation of Koranic verses.
And yet, throughout the period of his captivity, French authorities refused to consider the anti-Jewish nature of the crime, and as a result, refused to treat the case as life threatening or urgent.

The same attitude continued well after Halimi was found. As Weitzmann noted, the investigative magistrate insisted “There isn’t a single element to allow one to attach this murder to an anti-Semitic purpose or an anti-Semitic act.”

The denial went on through the 2009 trials of the 29 kidnappers and their accomplices. Anti-Semitism was listed as an aggravating circumstance of the crime – and as such, a cause for harsher sentencing – only for the gang leader Fofana. And in the end, even for him, the judges did not take it into account at sentencing.

As for those 29 kidnappers and accomplices, as Weitzmann notes, each one of them had a circle of friends and family. As a consequence, by a one reporters’ conservative estimate, at least 50 people were aware of the crime and where Halimi was being held, while he was being held. And not one of them called the police. Not one of them felt moved to make a call that could save the life of a Jew.

After the fact, the media in France were happy to publish articles by the torturers’ defense lawyers insisting, “Only people motivated by ‘political reasons’ would try to sell the opinion that anti-Semitism is eating away at French society.”

When the Halimi family lawyer boasted of close ties to the government and announced he would appeal the sentences of the perpetrators if he didn’t think their punishments were sufficient, the French media eagerly shifted the conversation from the torture and murder of a Parisian who just happened to be a Jew by a band of sadists who just happened to be Muslims, to the more comfortable narrative of the Jewish lobby and Jewish power.

So, too, when Halimi, and six years later when the three children and the rabbi massacred at Otzar Hatorah Jewish day school in Toulouse, were brought to Israel for burial, the media reported their families’ decision in a negative way hinting that it was evidence of the basic disloyalty, or otherness of the Jews of France.


In other words, what Halimi’s murder exposed is that anti-Semitism in France is systemic. Muslims are the main perpetrators of violence. And they operate in social environments that are at a minimum indifferent to Jewish suffering and victimization. This violence and indifference is abetted by non-Islamic elites. French authorities minimize the unique threat Jews face. And the media are happy to ignore the issue, or when given the slightest opportunity, to claim that the Jews are responsible for their own victimization.
Indeed, in live reports from the scene of the hostage taking at the kosher supermarket in Paris last week, Weitzmann noted that in the early hours of the attack, French media failed to mention that the hostages were Jews.

Under these circumstances, where the entire French system is stacked against them, what can be done for French Jewry? What can they do for themselves?


It is far from clear that France is capable of correcting its downward trajectory.

Demography is moving France in a different direction. According to Israeli political scientist Guy Bechor, Marseilles will be the first Western European city with a Muslim majority. The ruling Socialists owe their victory to the Muslim vote. It is hard to see French President François Hollande and his comrades taking actions that could anger that constituency which votes as a bloc.

Moreover, anti-Semitism in all its forms is manifested throughout French society. For instance, the prosecutor in the Halimi murder trial is the son of a French Nazi collaborator and according to Weitzmann, spent an inordinate amount of the trial trying to understand the perpetrators.

Then there is the Israel issue.


Valls has distinguished himself from his colleagues for his willingness to acknowledge that anti-Zionism is anti-Semitism.

But his is a voice in the wilderness. The overwhelming sentiment of the French elites is hostility toward Israel.

This sentiment was manifested in Hollande’s treatment of Israel, and through it of the French Jewish community, in the aftermath of the supermarket massacre last Friday.

Hollande told Prime Minister Benjamin Netanyahu not to attend the anti-terror march in Paris on Sunday, claiming that Netanyahu’s presence would detract from the message of unity against terrorism that he hoped the march would communicate.

The underlying assumption of Hollande’s message is deeply disturbing.

That assumption is that anti-Zionism is not anti-Semitism and is not, as a result, evil. The subtext is that the murder of Jews by Islamic terrorists who seek Israel’s destruction is similarly not a crime deserving of the same condemnation as the jihadist murder of French journalists.

Netanyahu rightly ignored Hollande’s request that he not attend. And for this move he was subjected to harsh criticism by the French media which accused him of crashing the party and pushing himself onto center stage against the wishes of his unwilling hosts.

Their criticism was then parroted by the Israeli media that studiously ignored the endemic anti-Israel hostility of the French media and the anti-Israel policies of the Hollande government. The Hebrew media, together with Hatnua leader Tzipi Livni, also ferociously attacked Netanyahu as well as Foreign Minister Avigdor Liberman and Economy Minister Naftali Bennett for upsetting French sensibilities by calling on French Jewry to make aliya.

But aliya is the key for contending with the increasing danger that the Jews of France face from the systemic nature of French anti-Semitism. This is true first of all because as France makes it clear that it is not a safe home for its Jews, Israel is a better option. Israel exists so that Jews always will have a better option than suffering at the hands of hostile non-Jews.

Speaking of aliya is also essential because so far the only thing that has caused French authorities to speak directly against anti-Semitism and take action to defend French Jewry has been the prospect of a mass exodus of their Jews.

After Ilan Halimi was murdered, out of fear of upsetting the French, no Israeli leader, including then-foreign minister Livni, uttered a word of condemnation against the atrocity. No Israeli representative attended his memorial ceremony.

No one urged French Jews to make aliya. And the number of anti-Semitic attacks increased massively each year. French governmental hostility toward Israel similarly escalated with each passing year.

There is unfortunately every reason to believe that the massacre at the kosher supermarket in Paris last Friday will not be the last one. But it is also clear that the best way to avert more suffering is to speak often and forcefully about the option of moving to Israel. Israel must also take active steps to prepare the country for the arrival of our French brothers and sisters. Hollande will certainly express his annoyance as he continues to condemn Israel at every turn for imaginary misdeeds. But the French Jews will be strengthened.

While the conscience of humanity may be uselessly miffed by the victimization of Jews, the Jews of France will know that there is one place on earth that exists to prevent that victimization, and that they are welcome here whenever they choose to come.