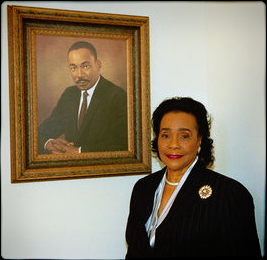 Congress's frenzied reaction to President Obama's second-term push for "comprehensive immigration reform" (CIR) has revealed a split within the GOP, and within the conservative movement more generally. This split, which is not new, pits businesses that want to maximize access to low-cost foreign labor against "social conservatives" who are uncomfortable with the liberal project to transform American society through mass immigration. The split has been skillfully exploited by Democratic politicians and by mainstream media outlets that have been advancing the notion that CIR is inevitable.

Not so long ago, this conservative split on immigration policy was matched by a split among liberals or "progressives" on balancing the needs of native-born and foreign-born workers. Indeed, from the earliest days of the Republic, and even before, American reformers who fought against child labor, union-busting, and racial discrimination were also supportive of immigration restrictions that would balance the desire of aliens to relocate to this country with the desire of American workers to earn wages that permitted formation of a family. This created a split on the left, analogous to the longstanding split on the right, between those who viewed immigration restriction as discrimination against foreigners and those who viewed open borders as discrimination against American workers, especially minority workers.

Booker T. Washington, America's pre-eminent civil rights leader in the late 19th century, was unconcerned about accusations of "nativism" when he pleaded with Southern business leaders to look for workers "among the eight millions of Negroes whose habits you know" rather than to "the incoming of those of foreign birth and strange tongue and habits". The country's most authentic Mexican-American leader, Cesar Chavez, was unashamed to have his United Farm Workers report undocumented workers to the Immigration and Naturalization Service, and he was joined in protests against the hiring of illegal immigrants by liberal icons such as Ralph Abernathy and Walter Mondale.

This split on the left with respect to immigration policy endured until almost the end of the 20th century. The Immigration Reform and Control Act of 1986, like today's CIR proposals, was packaged as a compromise between those who wanted better enforcement of the immigration laws and those who would not countenance better enforcement without a broad amnesty for the millions of illegal aliens who had exploited our lax enforcement. Shortly after the law was enacted, the amnesty proponents launched a campaign to repeal the employer sanctions on the grounds that they were causing discrimination against legal Hispanic workers. The campaign looked on the road to victory when Sen. Orrin Hatch (R-Utah) announced plans to introduce legislation abolishing employer sanctions, but it came to a screeching halt when a letter arrived on the senator's desk from Coretta Scott King, widow of slain civil rights leader Martin Luther King, Jr.

The letter, dated July 9, 1991, was written by Mrs. King on behalf of the Black Leadership Forum and was co-signed by eight other labor and civil rights leaders, including Jack Otero, president of the Labor Council for Latin American Advancement. Mrs. King expressed concern that advocates of repeal were using discrimination as a guise "to introduce cheap labor into the U.S. workforce", and offered to report to the senator on "the devastating impact the repeal would have on the economic condition of un- and semi-skilled workers — a disproportionate number of whom are African American and Hispanic." In words that would ring true if written in 2013, she concluded: "With roughly seven million people unemployed, and double that number discouraged from seeking work, the removal of employer sanctions threatens to add additional U.S. workers to the rolls of the unemployed." Although IRCA's employer sanctions were never seriously enforced, thanks to Mrs. King's courageous letter, they were at least not repealed.

Much has changed since 1991. The conservative split on immigration policy is no longer balanced by a split among liberals. Today, liberals (including the AFL-CIO and the Congressional Black Caucus) side almost monolithically with business lobbyists who claim, paradoxically, that even as real wages have stagnated (and in many industries have declined) the United States suffers a severe shortage of both skilled and unskilled workers that can be relieved only by legalizing the illegal workforce, instituting new guestworker programs, and increasing what is already the highest level of legal immigration in U.S. history.

It is never good for the country when either the conservative tendency or the liberal tendency becomes so captive to an ideology that the most natural divisions of interest within their respective coalitions are silenced and suppressed. A social conservative facing the coming armageddon over CIR might well be moved to ask: "Where are the liberals when you need them?"

But youthful protestors of today have done been educated better enough to fall for anything resembling truth or sanity.