Today the House of Representatives acted to defend the American people, the Constitution, and the authority of Congress. They have voted to fully fund the Department of Homeland Security while denying the use of any funds to carry out the President’s illegal amnesty. 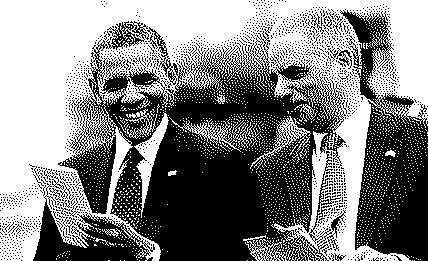 President Obama’s executive-ordered amnesty eliminates the immigration laws that exist today in order to force onto the nation immigration measures that Congress has repeatedly refused to pass. His action is unlawful, unconstitutional, and in violation of our legal heritage. At the time of our founding, even British kings had long been bound by acts of Parliament. This idea of the legislature—the people’s representatives—as the lawmaking body represents centuries of human progress and legal history that forms the foundational base of our Republic.

President Obama himself has emphatically declared many times that he lacked authority to execute this nullification scheme, correctly asserting that only an Emperor could issue such edicts.

These edicts go far beyond a refusal to enforce duly-passed immigration law. They provide illegal immigrants with work permits, Social Security, and Medicare—taking jobs and benefits directly from American workers.

Now the action moves to the Senate. This vote represents one of the most important constitutional votes that has ever come before this body. I would encourage every Senate Democrat to pause and consider this question before acting: to whom do you owe your allegiance? To party leaders, to donors, to the citizens of other countries, or to the American citizens who elected you and the Constitution that protects their rights? And, if the President is allowed to take such actions, what limits will remain on future presidents who want to ignore duly-enacted law or unilaterally create new ones?

To the American people, millions of whom are hurting and neglected, I give you this message on behalf of every Republican pushing to end this amnesty: we are going to fight for you, and I am asking you to share your concerns with members of the Senate.

Congress needs to fight Obama's unconstitutional amnesty with every tool at their disposal. They must fight to save the Constitution for the American people.

Obama has indicated he plans to do even more "legislating" in the next two years. I am afraid that if Obama gets away with his aggressive power grab it won't be long before we elect a President who decides to use an Executive Order to disband both Congress and the Supreme Court.

What would be the difference between Obama or some future president disbanding Congress, and what Obama has now done? Congress has become his lap dogs. They don't even bark anymore.