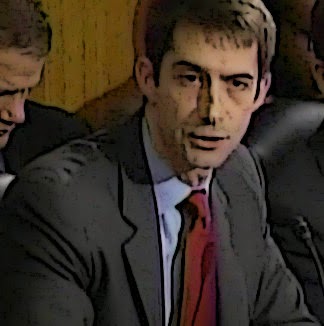 Sen. Tom Cotton (R – Ark.) presented an overview of Iran’s record in targeting the United States and its citizens in an op-ed published today in The Wall Street Journal (Google link). After writing that “Iran has been killing Americans for more than three decades,” Cotton offered some examples.

In 1983 Iran helped finance and direct the bombing of the U.S. Embassy and Marine barracks in Beirut, killing hundreds of American military, diplomatic and intelligence personnel. Iran has also been implicated in the 1996 Khobar Tower bombings, which killed 19 American troops stationed in Saudi Arabia.

More recently and personally for me, Iran has been responsible for the killing and maiming of thousands of American troops in Iraq and Afghanistan. During my tour in Baghdad leading an infantry platoon, Iran supplied the most advanced, most lethal roadside bombs used against coalition forces. My soldiers and I knew that Iranian-supplied bombs were the one thing our armored vehicles couldn’t withstand. All we could do was hope it wasn’t our day to hit one. My platoon was lucky; too many others were not.

Cotton also referenced Iran’s support for terror, noting that the State Department described it as the “the worst state sponsor of terrorism.”

Cotton made similar remarks yesterday (embedded below) at the Senate Banking Committee hearing on the Nuclear Free Iran Act of 2015.

Well if you recall, they had a mini revolution 3 or 4 years ago and Obama played golf instead of supporting the revolt.

Why we just don't take them out is beyond me. Remember Hanoi in the early 70's?