So says CBS 4 in Denver: 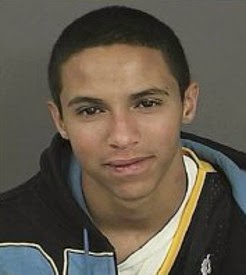 Police in Denver would like the public’s help locating a suspect in an aggravated robbery and shooting.

According to police, the suspect in the crime has been identified as Zachary Bowyer, 21, who is only known to some people by the name “Baby Obama.”

The robbery occurred on Dec. 22. No other details were released.

Bowyer should be considered armed and dangerous.

The President was reported to have remarked, "You know, if I had a son, he would look like Zachary."