No, this isn't from The Onion. Unfortunately, it's reality. 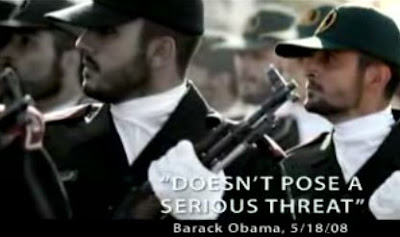 Since 1979, the most aggressive enemy of the USA has been Iran under the control of an ambitious Islamist regime that has used terrorist cat’s paws to kill Americans throughout the Middle East and that is sworn to our national destruction. When it looked like this regime would finally be overthrown by the people it oppresses, Obama conspicuously had not a word of support for the rebellion, which was soon crushed. In jarring contrast, he enthusiastically supported “Arab spring” rebellions that took down friendly (Egypt) or effectively neutral (Libya) governments, creating opportunities for the sort of hostile Islamists who run Iran. Now he has been helping Iran to acquire nuclear weapons by moving obstacles out of its way. In case it was not yet obvious whose side Obama is on, this should clear things up:

The Obama administration on Wednesday paid $490 million in cash assets to Iran and will have released a total of $11.9 billion to the Islamic Republic by the time nuclear talks are scheduled to end in June, according to figures provided by the State Department... Today’s $490 million release, the third such payment of this amount since Dec. 10, was agreed to by the Obama administration under the parameters of another extension in negotiations over Tehran’s contested nuclear program that was inked in November.

Money is the only reason the mullahs are willing to go through the charade of negotiating with Obama, whom they openly despise. Only a total fool would imagine they have any intention of foregoing the continued development of nuclear weapons with which to kill American civilians.

These cash payments by the United States have been made with no strings attached, prompting concerns that Iran could use the funds to finance its worldwide terror operations, which include the financial backing of Hamas, Hezbollah, and other rogue entities.

These operations have already been used to kill Americans (e.g., the 1983 Beirut barracks bombing, the 1996 Khobar Towers bombing, direct assistance to terrorist insurgents in Iraq).

Not all of the money Obama is sending the mullahs will go toward terrorism. Some will finance the continued development of ballistic missiles. Iran doesn’t need these for a nuclear attack on Israel, but the USA is farther away.

Mark Dubowitz, the executive director of the Foundation for Defense of Democracies (FDD), said the ongoing release of these assets has provided Iran with a critical “financial lifeline.” 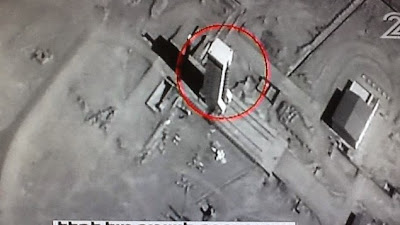 Iran has built a 27-meter-long missile, capable of delivering a warhead “far beyond Europe,” and placed it on a launch pad at a site close to Tehran, an Israeli television report said Wednesday, showing what it said were the first satellite images of the missile ever seen in the West... It stressed that the missile could be used to launch spacecraft or satellites, but also to carry warheads.

Given that President Obama in his State of the Union address threatened to veto proposed bi-partisan legislation that would impose sanctions on Iran should the negotiations between Iran and the P5+1 fail to come to a successful conclusion by June of this year, a clear weapons program is a newsworthy political development as well. But, the mainstream media is silent.

Senator Bob Menendez (D-NJ), ranking member of the Senate Foreign Relations Committee has said, “Iran is clearly taking steps that can only be interpreted as provocative. Yet the Administration appears willing to excuse-away any connection between these developments and signs of Iran’s bad faith in negotiations... The more I hear from the administration and its quotes, the more it sounds like talking points that come straight out of Tehran. And it feeds to the Iranian narrative of victimization, when they are the ones with original sin: An illicit nuclear weapons program going back over the course of 20 years that they are unwilling to come clean on."

Certainly Iran’s production and implementation of a missile system capable of carrying a nuclear warhead is a development worthy of reporting. It is a national security story. And when a senior Senator takes a President from his own party to task, it is a major political story as well. And yet… Where’s the coverage?

Moonbattery summarizes these startling developments perfectly: "There is a line between incompetence and treason. Whether Jimmy Carter crossed it by withdrawing support for our ally the Shah and thereby helping the current Iranian government to power is debatable. With Obama [and the media], it is an easier call."

Oblahblah will be the down fall of us all yet