This administration just keeps getting better and better, don't it?

An illegal immigrant from the Middle east was arrested Wednesday during a burglary in Plano. 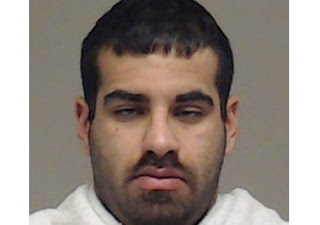 The arrest of a burglary suspect in Plano on Wednesday could represent a break in a string of more than two dozen similar crimes since last October.

Riashat Ishmam, 17, provided authorities with the critical and timely information they needed to make take a man into custody. He had been playing games on the computer when the doorbell rang...

Riashat told News 8 that Allahdadi had also broken through the bedroom door with force. The door was shattered around the doorknob.

A panicked teen only had his phone with him — but it was all he needed... “Since this door doesn’t have a lock, I just stood still after I called 911, and luckily he didn’t even check the bathroom,” Riashat said...

The young man said he heard Allahdadi combing through drawers and moving quickly. But the intruder did not get far, because officers arrived within six minutes of that phone call and picked up Allahdadi as he climbed out the window.

Farhood Allahdadi is being held on an immigration hold... He is here illegally. 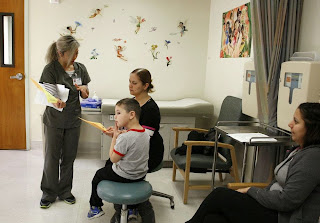 With the Disneyland measles outbreak expected to grow, California hospitals and doctors’ offices are preparing for new cases and a flood of questions from patients worried about getting the disease. So far 68 cases of measles have been reported in California this year, the bulk of them in people who visited — or had contact with someone who visited — two Disney theme parks in Anaheim. The outbreak could get much worse.

So is this latest outbreak linked to the influx of illegal immigrant children welcomed to America by the Obama administration?

Dr. Elizabeth Lee Vliet warned about this possibility at The Monitor back in June 2014... and [the] Canadian government blames the current US outbreak on “imported cases.”