I remember the first time I heard the world “Palestinian.” I was thirteen years old. The 1972 Munich Olympics were coming to an end, and I had been fascinated by American swimmer Mark Spitz and his seven gold medals, and had a big crush, for some reason, on Russia Gymnast Olga Korbut.

You’re still a boy at 13 – or I was, anyway. And when the first reports came in that Israeli athletes had been taken hostage by a Palestinian Group called Black September, I remember clearly having what seemed like a very adult idea at the time: namely, that I had thought the entire idea of the Olympics was based on the ancient idea of a truce; that enemies could take two weeks off and come together and compete at sports instead of hacking each other to death. It seemed a good an honorable thing to do. Who breaks a truce held under a burning flame? Wasn’t that the entire purpose of lighting and then extinguishing the flame – that was the duration of the cease-fire? Wasn’t the burning fire symbolic of sanctuary from violence, if only for a few days?

Apparently not. On September 5th, Palestinian terrorists broke into the Israeli compound at the Olympic Village in Munich. I didn’t know too much about Israelis either, to tell the truth, but I was learning fast. Two members of the Israeli team were killed near the dormitories, but we soon discovered that Wrestling coach Moshe Weinberg and Weightlifter Yossef Romano fought back with teeth, fists and a fruit knife, slashing, wounding and knocking unconscious several of their murders before being shot to death at point-blank range.

The Palestinians then took nine hostages, nine athletes visiting under the flames of truce land where so many of their relatives had been murdered just a generation before.

Then Jim McKay said this:

Our worst fears have been realized tonight. They have now said there were 11 hostages; two were killed in their rooms yesterday morning, nine were killed at the airport tonight. They're all gone.

They had all been killed: machine gunned in their helicopters, bound with the ropes they had tried to chew threw, murdered with grenades and joining the other flames, past and present, as their bodies burned in the helicopters.

That’s how millions of Americans first heard the word “Palestinian.” Through terror. And we remember how, when the dust clouds of the World Trade Center were still in the skies over lower Manhattan, they cheered the terrorist murder of 3,000 innocent people.

And we saw again, just a few days ago, how 5 Israeli rabbis were hacked to death in prayer by two Palestinian savages who left the synagogue ankle-deep in blood and gore. It never ends.

The Palestinians are a terrorist nation. It’s who they are, and it’s what they do. It was a decision they made, and continue to make every day. They murder people. Two Palestinian parties get 100% of the Palestinian vote. Both are officially who inhabit it.

In the days after the Munich massacre – indeed, even in the days after the 9/11 massacre – it would have seemed inconceivable to learn that a group espousing not only these tactics, but also the daily intimidation and terrorization of American Jews existed on a singe college campus, let alone most of them. But nothing shocks me today. 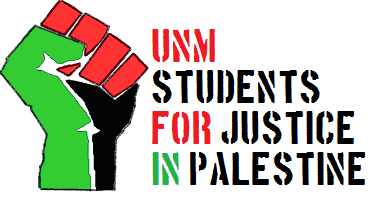 "Students for Justice in Palestine" can be found at virtually every elite university in America today, and their tactics are the same wherever they go: they not only call for the destruction of the state of Israel, but bully and harass Jewish students until they lose sleep and fear for their safety. Certainly Universities would never tolerate a group like Students for the Ku Klux Klan making daily arguments in favor of a murderous design against African American students. But Students for Justice in Palestine – SJP – does that every day with Jewish students.

From the small – Israeli flags emblazoned with Swastikas, or images of Jews targeting children and killing innocents – to the large – equating Israel with Hitler Germany – SJP is by any definition a hate group. They routinely sponsor an event called “Never Again – For Anyone,” co-equating Israel’s treatment of Palestinians with the Nazis’ treatment of the Jews. And all they are missing to make the comparison valid are a dozen death camps, gas chambers, crematoria and a few million actual dead bodies. Oh, and the elimination of Arabs from the Knesset, stripping them of the only civil rights afforded to Arabs in the entire middle east, and all the rest.

Just to cite on example among thousands: Daniel Greenfield took a look at SJP’s Palestine Awareness Week at UCLA in February of 2011. It featured speakers such as Alison Weir, who had used medieval Jewish blood libels – the myth that Jews use the blood of Christians in their religious rituals -- as a basis for her attacks on Israel. It featured Hatem Bazian, who had a long track record of anti-Semitism -- SJP UCLA was employing his tactics in its war on Jewish students.

And then there was Amir Abdel Malik Ali. The Southern Poverty Law Center calls him “a charismatic imam who promotes anti-Semitism, violence and conspiracy theories.” Ali has called for war against America and the Jews.

Speaking to San Francisco State University students in 2009, Malik Ali recalled the campaign against Jews waged by him and the SJP co-founder.

“Bring ‘em out into the open, because they’re like a night flower. There are certain flowers that blossom at night, but when the sun comes out they go back in -- that’s the Zionist Jew. That’s the Zionist Jew! At the nighttime they come out, but once the sunshine comes out, once the light is put on them, they scatter!”

Malik Ali and SJP support the terror group Hamas whose charter calls for Muslims to kill Jews and to kill every one of them.

How effective has the SJP hate campaign been? Well, UCLA recently voted to Boycott, Divest and Sanction Israel – UCLA has sided with the Terrorist Nation, in thrall to a religion that treats women like cattle, murders homosexuals by hanging with construction cranes and murders not only athletes competing under ancient truce or people in prayer, but anyone speaking against, or trying to leave, their Religion of Peace.

And all you need to know about how effective SJP is, is to watch the reaction of modern American students when one of them raises and waves the flag of ISIS – beheaders of journalists and exterminators of entire communities of Jews, Christians and Muslims alike – versus their reaction to the waving of the flag of the State of Israel, which, as I said, is the only outpost of liberalism, feminism, gay rights, legal protections and rule of law in the entire region.

A new genocide of the Jews is afoot. As with the old Genocide, the ground must first be prepared, and in this case, as with the last case, preparing that ground means dehumanizing the Jews and now dehumanizing the Jewish state. Students in Kaffiyah’s may not seem as intimidating as Nazi Storm Troopers, but their message is the same and so is their solution.