72 DEMOCRATS IN CONGRESS: We Must Allow 130,000 Syrians and ISIS Terrorists Into the U.S.

A letter to the House of Representatives signed by 72 Democrats insists the United States take in 130,000 Syrian refugees. Representatives Conyers and Lofgren, in a separate statement, want 200,000 refugees. 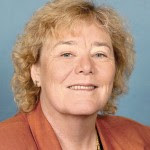 Representatives John Conyers and Zoe Lofgren want the United States to take in 200,000 refugees and they want 100,000 of that number to be from Syria.

The fact that they can’t be vetted is of no consequence to them.

“It is time for the United States to join the global community for a humanitarian response,” the two lawmakers said. “We should do our part by admitting 200,000 refugees, with 100,000 reserved for refugees from Syria.”

“The president wants to surge thousands of Syrian refugees into the United States, in spite of consistent intelligence community and federal law enforcement warnings that we do not have the intelligence needed to vet individuals from the conflict zone,” said House Homeland Security Committee Chairman Michael McCaul.

He said the president should instead seek to solve the problem “at the source” by developing a better strategy for combatting the Islamic State and the Syrian regime at home.

I’m all for taking in the 200,000 as long as they go to Conyers and Lofgren’s districts. Something tells me few will.

Some 72 Democrats, including Conyers, wrote a letter to the House calling for 130,000 Syrian refugees.

“It is our moral duty, as a nation founded on the principles of equality and freedom, to do what we can to assist our brethren who are in desperate turmoil, and are searching for the slightest gesture of goodwill,” wrote 72 Democrats from the US House of Representatives in a letter to the administration on Friday, according to the Hill.

Lawmakers said the country could easily support the resettlement of as many as 130,000 Syrian refugees, a figure 10 times that proposed by the White House earlier this week.

The letter was spearheaded by Representative David Cicilline (D-Rhode Island).

“The United States is home to 320 million people,” lawmakers wrote. “Allowing an additional 130,000 refugees into our country would make up less than a quarter of one percent of our population.”

It’s not about the numbers. They can’t be vetted!

Whenever Barack Obama wants something, he has his minions “pressure” him to do it. This could be the case here because Secretary of State John Kerry said the president would take 100,000 refugees, up from 70,000 and many of the add-ons would be Syrians. Josh Earnest told reporters Kerry misunderstood. It’s doubtful Kerry misunderstood.

The fact that they can’t be screened because there are no records and no information from the ground is of no consequence to these so-called representatives.

More than 75% of the refugees are men of fighting age. The media likes to show the photos of the women and children to play on sympathies.

The UN High Commissioner for Refugees does not tell us their ages, but does tell us that 75% are men.

Only 51% are Syrians, the rest are from all over the Middle East and Africa.

We spend all this time and money to hunt down lone wolves but we are going to let tens of thousands come in?

Well if those dems would set the example by taking about a thousand of them 'refugees' each, that would be a good start. Of course that would entail them paying for the travel, housing them at their expense AND providing 'parole' for them, IOW they would be responsible for their 'good behavior'. Absolutely NO tax payer funds should be used. IF such a plan worked well for a 6 month or so trial period, then and only then would some of the rest of us possible volunteer for the next batch................

All 72 Dems and any other 'open border' advocates need to lead by example: Remove the front door from their homes.

Don't count on Republicans to stop this.

Kill them when they land.head to a democrats and slaughter their family

MANDATE that any congressional fool who insists on allowing the inflow of terrorists and indigents MUST absorb them into his/her own district -- then watch how fast their constituents respond.

Time to hold them accountable.