With the latest FOIA revelations, I am now officially calling on Hillary Clinton to suspend her campaign

Writing at The Wall Street Journal, Kimberley Strassel observes that if Hillary Clinton fails to achieve the presidency, it will not be because of her opponents. It will be due to a 1966 law called the Freedom of Information Act, which has already revealed her illegal and reckless mishandling of State Department emails in which classified documents were co-mingled with side deals concerning her family's so-called charity. And the worst disclosures are, in all likelihood, yet to come. 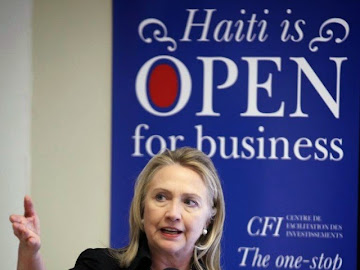 FOIA requires a complete inventory of all documents withheld by the targeted agency along with descriptions of each; this file is called a Vaughn Index and on Monday the State Department reluctantly handed over its version to a federal court.

The email descriptions are stunning:

• An email thread between then-Clinton Chief of Staff Cheryl Mills and a Clinton Foundation board member about the secretary of state’s planned trip to Africa.

• Emails between Ms. Mills and foundation staff discussing “invitations to foreign business executives to attend the annual meeting of the Clinton Global Initiative.”

• Many undisclosed email thread in which State Department officials talk with Clinton Foundation officials about Bill Clinton speeches and Bill Clinton travel, including to events in North Korea and the Congo.

Huma Abedin, a longtime confidante of Mrs. Clinton’s, was somehow allowed to work, simultaneously, at the State Department, the Clinton Foundation and as a consultant to Teneo—a consulting firm run by Clinton loyalist Doug Band. All three of Ms. Abedin’s hats come into play in an undisclosed email exchange regarding a 2012 dinner in Ireland. As the Washington Examiner reported in May, Mrs. Clinton received an award at the dinner from a Clinton Foundation donor. The ceremony was promoted by Teneo. Mrs. Clinton attended in her official capacity as secretary of state. Sort through that.

It is public knowledge that Clinton's charities took foreign contributions even while Hillary served as secretary of state. The Vaughn Index reveals that we have only seen the tip of the iceberg thus far.

We would know far more if State released the full emails. It is citing personal privacy as one reason not to make some public. In others, it claims the emails “shed no light on the conduct of U.S. Government business.”

No fewer than 35 separate FOIA lawsuits are currently underway related to Clinton's emails.

Which explains why the Justice Department wants the judiciary to “consolidate” the lawsuits, claiming that the State Department is overwhelmed. The real goal is to shut down the process. Consolidation will slow discovery, and the chances of stopping the information flow is better if all the suits come before one judge, who might be friendly, rather than six unpredictable ones...

It also appears virtually certain that Hillary Clinton perjured herself when she stated under oath that all of her work-related emails had already been turned over.

I am calling on Hillary Clinton to immediately suspend her campaign until all of these issues are resolved.

Hillary is on track to be President because:
She is a Woman.
She has money.
She has experience.
She has wanted it badly all her life.
She is entitled to be the First Female President.
She wants to mud wrestle with Bernie for the nomination.

If we had a 'just' justice system in the US - the Clinton family including their daughter would be already imprisoned as a consequence of the many criminally corrupt and danger to the national security of the US.
We do not have a 'just' system; greasing the right wheels enables the elites such a the Clinton's, Jarrett's and Obama's to glide above it all no matter how much damage they cause to America.

One of the many issues in this Jarrett orchestrated leak is the fact that the white house send top security information involving and dealing with dangerous 'nuclear' threats to Hillary using her unsecured server. This e-mail thread was deleted by Hillary.
There are other emails dealing with national security and Benghazi that would blow up and provide a long thought answer to the slaughter of americans. All that is part of the 'deletion' batch. There is a reason that investigators requested a 'criminal' investigation.

What were those - like Trey Gowdy among others leading investigation - told? "Don't touch it; leave it along because it will not only end your career but it may cause your even more than just the loss of your career.....!" This reads to me like a death threat!

All this information can be found at the reliable site of 'DC Whispers'!

Please send this to any remaining Hillary supporters.

Hillary Clinton is counting on your short memory or lack of knowledge in her run for President.

The nation thanks you!