How to Create a Banana Republic 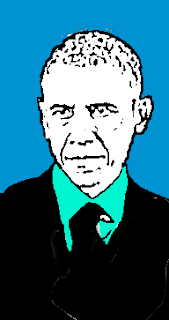 You get a banana republic by starting with a dictator.

Obama's position has been straightforward, at least privately. He will do whatever he wants and no one will stop him. He has repeatedly defied Congress and the courts to do so.

While he plays the game of giving speech in which he demands that Congress do X or Y, it's in practice shut out of the process. Here's how it worked on the Iran Deal.

Obama made it clear to Democrats in Congress that he would implement the deal no matter what. The Republican leadership by now has gotten the message. The message is that Congressional voters are irrelevant. They don't affect policy unless the dictator-in-chief allows them to.

That reduces all such votes to positioning. Gestures. Some are more meaningful than others, but barring impeachment proceedings, they don't really matter.

Obama illegally allocates money, goes to war, makes treaties and makes appointments while bypassing the Senate. In such an environment, you either defy or you appear to defy. Compromise is irrelevant because Obama doesn't compromise. Not even with fellow Democrats.

So the Republican leadership has settled down to an appearance of defying Obama. This appearance triggers Obama's rage just as badly as the real thing would because he is a petty little dictator. And besides, conflict community organizing is about the only thing he's actually qualified to do. So he racks up victories in which he does whatever he wants and the media cheers him on.

Republicans play the opposition, but they're not genuinely opposing anything because there are no more checks and balances. Congress has been rendered inert. The Supreme Court knows it's next.

It's why you now see widespread Republican rejection of Congress, 40 percent support for a military coup and the rise of Trump.

The left has gotten what it wanted, radical unilateral rule by one of their own, but it may not like the consequences of electoral dictatorship. And Trump may not be the scariest thing coming down the pike.

It's really up to the Senate to change this scary equation, but too much of the Republican leadership doesn't understand what's going on or the consequences of it. Democrats choose not to understand.

Meanwhile gun control is coming up. Here Obama intends to take on not just Congress, but the Supreme Court. And it's an issue where the anti coalition has remained strong and intact. It's an anti coalition that also includes plenty of Democrats.

The Iran Deal is a political appetizer for the real ugliness that's coming. And if the Republican Congress doesn't figure out how to take on Obama effectively, it's going to pave the way for the base to embrace those who do.

Republicans and Democrats should both be nervous about the implications of that. Trump isn't the scariest thing out there. He's just a tough talking New York billionaire who is fiscally conservative/liberal and socially liberal. If Democrats and Republicans fail to restore the rule of law, a scarier breed of populists could well be waiting for the base to embrace.

Obama acts and sounds just like George III. And George was a loon. Didn't end well for him and I am sure it will end in a similar fashion for Obama and his partisans.

It isn't Obama and his partisans that will find an ignominious end. It is us, or our children and grandchildren. Mark Levin believes that we are now in a post-constitutional period. I think that he is right and I fear that we are on the slide towards a more tyrannical from of government. If we had an opposition party we might be able to do something about it but as usual, the repubican leadership is completely useless. All of them need to be removed from office.