Six national security agencies warned against releasing an extremely dangerous terrorist from GITMO but Obama circumvented them and ignored their recommendations. 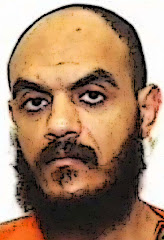 Normally, these agencies must sign off on letting a detainee go. They also insist that their home country have security in place to monitor the detainee. Obama ignored them and had his own special committee appointed who then let him go. They overruled the six intelligence agencies. The White House is playing nasty, dangerous politics.

As the Pope’s plane landed outside D.C., the White House announced the release. All but Fox ignored it or didn’t notice it. It is, however, an extremely important story because Barack Obama has succeeded in completely politicizing the Department of Defense.

Obama wants to close GITMO and will send vicious terrorists back to their homes to kill more Americans in order to do it. He just did it over the recommendations of six intelligence agencies and Ash Carter. He formed his own select committee of compliant minions to make the decision about the release and they, of course, found it was safe to send him back to Saudi Arabia.

Abdul Shalabi was suspected of being an Osama bin Laden bodyguard and waged a 9-year hunger strike. Shalabi has agreed to take a rehabilitation class in Saudi Arabia. That’s how absurd this gets. It leaves 114 at GITMO with 52 already approved for transfer, but none of this is the story.

The real story is that Obama has been trying to pressure Secretary of Defense Ash Carter to approve the release of these very dangerous terrorists and hasn’t succeeded. These captives are supposed to be approved by six intelligence agencies and Ash Carter before being returned home, but instead the dictatorial president decided to unilaterally form his own committee of hand-picked toadies to make the decision.

Even Obama’s review board said that Shalabi “probably continues to sympathize with extremists” in a statement.

More than 100 prisoners released from Guantanamo Bay went right back to being terrorists when they got out, according to a new report.

Out of 647 detainees who were released, 116 — or 18 percent — have been confirmed as “re-engaging” in terrorism, according to the report by the Director of National Intelligence.

Releasing GITMO detainees is now nothing more than a hardcore political issue for Barack Obama and Susan Rice. Our Secretary of Defense is being aggressively pushed to act politically. That is what Socialists and Communists do, not presidents of the free world.

Just wait for the pardon list. This entire administration should be in prison.