With apparently nothing better to do, Obama administration slams Hillsdale College as "not a real college" 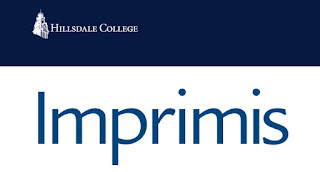 An Obama administration representative took a shot at a well-known conservative college Thursday, saying the school wasn’t included on its much-heralded new “College Scorecard” because it isn’t a real two-to-four year college.

Hillsdale College, a 1,500-student liberal arts college in Michigan, is ranked by U.S. News and World Reports as the 67th-best national liberal arts college in the country. The college is well-known for the conservative identity of its student body and its focus on a core curriculum that emphasizes Judeo-Christian tradition and the U.S. Constitution. It’s also known for its refusal to accept any federal funding (including federal student loans), in order to remain free of most federal regulatory control.

Despite its name, the Obama administration’s new College Scorecard doesn’t grade schools (though it was originally planned to) and instead just offers a bevy of data, such as schools’ graduation rate and the average salary of graduates. But notably, Hillsdale can’t be found on the scorecard, as though it doesn’t exist.

Interestingly, when asked by Hillsdale’s student paper, the Obama administration suggested it was because Hillsdale, a four-year liberal arts college, didn’t award enough degrees and instead just offered low-level certificates.

A quick look at the data belies this claim. Hillsdale grants hundreds of degrees each year, and there are several schools that give substantially fewer degrees on the scorecard, such as Burlington College in Vermont (which has just 200 undergraduates). While Hillsdale does offer online programs available to the general public, it can hardly be characterized as the main thrust of the institution.

It appears likely that Horn was incorrect in describing why Hillsdale is absent, though. There are other colleges missing from the scorecard, and what they all have in common isn’t a lack of four-year degrees but rather a refusal to accept federal funds. Besides Hillsdale, two schools absent from the College Scorecard are Grove City College and Christendom College, both of which refuse federal funding.

The Daily Caller News Foundation contacted Grove City College, a Christian school that also refuses federal funds, and asked if they were aware of not being on the scorecard. The school said they were, and that “in response to our inquiry, the department informed us that the site is limited only to Title-IV participating institution,” that is, those receiving federal funds.

Grove City said it wished the administration would reconsider and add schools that aren’t federally funded, or at least acknowledge they exist. “We are concerned that Grove City’s absence from the scorecard will prove perplexing to families that seek out higher education institutions with our record of success,” the school said.

So, there’s an entirely mundane explanation for Hillsdale’s absence from the College Scorecard, but an Obama administration spokeswoman still accidentally suggested a politically-hostile school wasn’t a real college.

You can subscribe to Hillsdale's excellent free newsletter by clicking here.

If Hillsdale doesn't exist,then how can they be obliged to follow any federal statute?They could,on that theory,forgo the pleasure of taxation and any limits on who they admit and the standards they use to choose their student body.The loons of the dc swamp can't have it both ways.It sounds like a good place to learn.