In addition to the 3,000,000 Muslims imported since 9/11, Barack Obama intends to open the floodgates to mass immigration for Muslims, including unvetted individuals affiliated with terror groups. Virtually every one of these aliens will immediately get thousands of U.S. taxpayer dollars in welfare and medical benefits each year for up to nine years – and likely much longer. 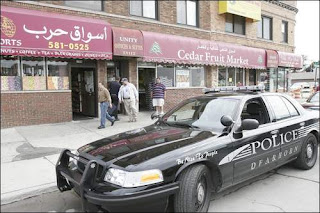 The Obama administration’s plan to resettle nearly 200,000 refugees in the U.S. over the next two years will have real fiscal and national security implications at a time when the U.S. has taken in more migrants than any other country, Sen. Jeff Sessions (R-AL) says.

“The U.S. has already taken in four times more immigrants than any other nation on Earth. Our foreign-born population share is set to break every known historical record,” Sessions, Chairman of the Senate’s Subcommittee on Immigration and the National Interest, says in making the case against increasing the number of refugees resettled in the U.S.

He noted that since September 11, 2001, the U.S. has resettled about 1.5 million immigrants from Muslim nations. Some 90 percent receive on food stamps, and 70 percent are receiving free healthcare and cash welfare...

...“All of the nearly 200,000 refugees the Administration is planning to bring over the next two years would be entitled to these same benefits the moment they arrive. Since we are running huge deficits, every penny of these billions in costs will have to be borrowed and added to the debt,” Sessions said, noting that the refugees would be admitted on top of the 1 million green cards the U.S. hands out annually.

“Our schools, job markets and public resources are already stretched too thin. And, even at current rates, we have no capacity to screen for extremist ideology, as we have seen with the surge of ISIS recruitment in Minnesota’s Somali refugee community,” he added.

According to Sessions, the Middle East countries in the region should be leading the effort to accept those displaced by the Syrian civil war so that the refugees are close and able to return home once the situation in their home country stabilizes.

“It has also been reported that 3 in 4 of those seeking relocation from the Middle East are not refugees but economic migrants from many countries,” he added...

...Sessions’ subcommittee is slated to hold a hearing on the cost of the administration’s plans titled “Oversight of the Administration’s FY 2016 Refugee Resettlement Program: Fiscal and Security Implications” at the beginning of October.

Given what has transpired in "Red Line Land" (Syria), Iran with its nuclear deal, Libya, Iraq, and a host of other countries since Barack Obama took office, this strategy seems quite sound. What could go wrong?


Why would the Obama Administration want to bring this many Muslims to the USA when their leaders say that no other religion is acceptable and their long range plan is to reproduce until they are the majority in the USA. After that, they will insist on Sharia law being followed -- and that mandates that everyone must convert, be killed, or pay taxes, or become a slave.

Why is the Left be supporting this? They must support it or it wouldn't be happening. Don't they realize there will be no separation of church and government. There will be no feminists -- women will have no rights. The GLBTUs will be killed. There will be no atheists. There probably won't be any Leftie university professors left alive. I know the Left want a totalitarian government -- but why aren't they worried about having to pray five times a day and have to live by the teachings of Mohammed was written in the Koran, Sira and the Hadith. It just doesn't make sense!