Via year 'round summer intern @BiffSpackle: 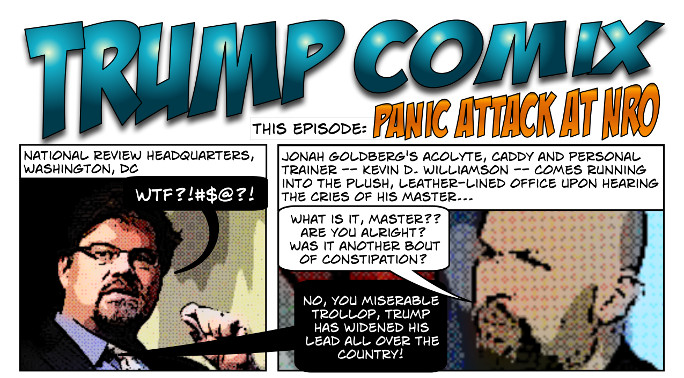 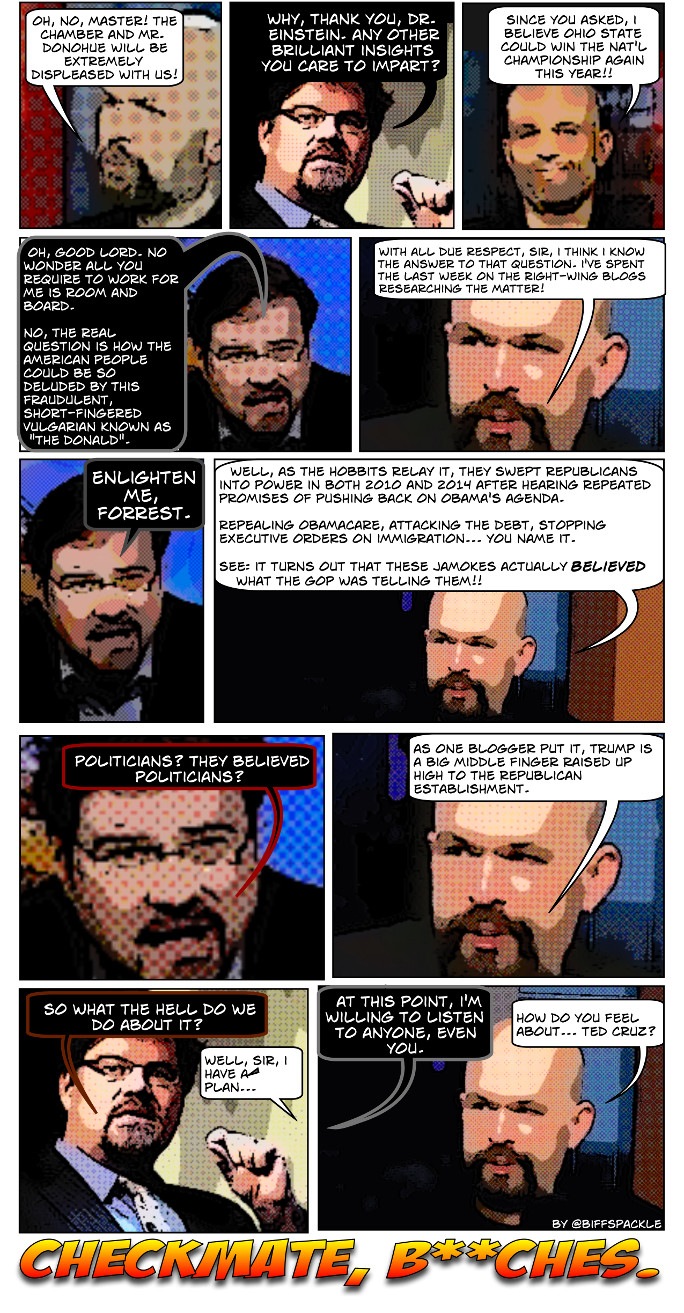 Based upon: An Open Letter To Jonah Goldberg – RE: The GOP and Donald Trump.

Jonah Goldberg and the rest of the GOP Washington ruling Class are over .. when the 45th president Of United States ..Donald Trump takes office !!!!!!!!!!!!!!!

I am not sure it really matters, at this point. Not with congress and the senate lead by the worst of the worst, and all the damage that has been done in government, business, and all else. Still, it is lovely to watch the crooks and cronys weeping and gnashing teeth. They really thought they had power, but just as with Satan, came to regret their ways when they realized all they had was influence, but in days when that was rejected.

Again, I'm just letting Trump soften up the competition with crude body blows so that Cruz can waltz in unbloodied by the fray.

Great, another minority president. Just what we need. Why not go for Fioroni? Then again, women often won't choose other women. Some, not most. Most know better, if that doesn't always stop them. Bleh.