PRIORITIES: Democrats Attack FanDuel and DraftKings, Yet Ignore a Nuclear Iran and a bankrupt Social Security

It's pretty cool how a Congressional Representative from Atlantic City has nothing better to focus on than fantasy sports. 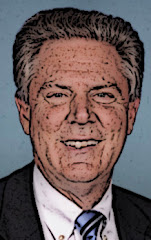 If you were watching NFL games this weekend, there was something that everyone saw that was hard to miss. Commercials for daily fantasy sports (dubbed “DFS”) websites like DraftKings and FanDuel played regularly, and their ads were plastered everywhere at stadiums...

As opposed to normal fantasy leagues, where players (or ‘managers’ as they are called) draft a team for an entire season, DFS is, just like the name implies, daily. Managers draft players for a single day based on player values using a website imposed salary cap. With DFS, the player values combined with the salary cap creates ‘odds’ in gambling parlance for the probability of a certain outcome; basically the higher the player value, or cost, the more likely the player will have a better game compared to similar players.

...With rising popularity, exposure and money coming to sites like DraftKings and FanDuel, comes new scrutiny. Rep. Frank Pallone (D-NJ), ranking member the Energy and Commerce Committee, has requested an inquiry into the relationship between gambling and playing DFS. Said Rep. Pallone in a statement on DFS sites: “These sites are enormously popular, arguably central to the fans’ experience, and professional leagues are seeing the enormous profits as a result. Despite how mainstream these sites have become, though, the legal landscape governing these activities remains murky and should be reviewed.”

Both FanDuel and Draftkings have received hundreds of millions in VC funding, and a congressional inquiry could create some difficulty. “It could be a big deal if it gathered steam but what's interesting about this is the reason the industry exists at all, to the extent it does now, is because of an act of Congress,” Yahoo Finance’s Mike Santoli notes in the attached video. “Congress itself in 2006 passed a law that was meant to outlaw most types of online gambling, but very specifically carved out a safe harbor for fantasy sports.”

To paraphrase a commenter:

How about Frank Pallone look into why Social Security is scheduled to go bust in a 15 years? As someone who involuntarily pays into this Ponzi scheme, shouldn't these hacks be concerned with that? As for fantasy sports, people willingly pay into that and understand the consequences.

We don't need Frank Pallone or any of these other losers wasting taxpayer money on 'reviewing' policies they created and aren't broken. Social Security is broken. Fix that for starters, you hacks.

Any Member of the Congress who votes to pass the Oran Bills without Making Obama share thetwo side agreements dealing with the inspections of Iran's nuclear facilities is guilty of treason. They are puttting the President's wishes ahead of what is best for our country.
They will have the blood of any American who is killed by terrorists funded by Iran's $150 billion slush fund from the Deal,or by nuclear bombs from Iran or other countries in the Middle East.

Frank Pallone is simply looking out for the profits of the bent-nose crowd in Joisey.Dis internet ting is cuttin' into profits,and political contributions to good fellas like Pallone.