If You Think THAT Was a Crash... 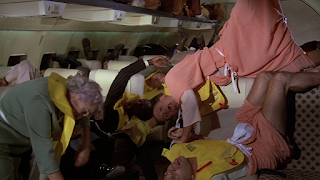 Last week’s volatility to the downside was entirely predictable, as the first leg down during this ongoing market crash reached the correction stage of 11%. The technical bounce was a given, as the 30 year old HFT MBAs on Wall Street have been trained like rats to BTFD. In their lemming like minds, it has worked for the last six years of this Federal Reserve created “bull market”, so why wouldn’t it work now. Last week was their first lesson in why it doesn’t work during bear markets, and we’ve entered a bear market. John Hussman seems amused at the shallowness of the arguments by Wall Street shills and CNBC cheerleaders about the future of the stock market in his weekly letter. After this modest pullback from all-time highs, the S&P 500 is still overvalued by 92%:

Following the market decline of recent weeks, the most reliable valuation measures we identify now project average annual nominal returns for the S&P 500 of about 0.5% in the next 10 years. On a broad range of historically reliable valuation measures (see Ockham’s Razor and the Market Cycle) the May peak in the S&P 500 reached valuations averaging about 114% above run-of-the-mill historical norms – more than double the valuation levels that have historically been associated with the 10% average expected market returns that investors have enjoyed over the long-term. At present, those measures have retreated to about 92% above historical norms.

Those who assert that high equity valuations are “justified” by low interest rates are actually (and probably unknowingly) saying that 0.5% expected returns on equities over the coming decade are a-okay with them. But it’s critically important to understand that while low interest may help to explain why current market valuations have been driven to obscene levels, low rates do not change the relationship – the correspondence – between elevated valuation levels and dismal subsequent long-term market returns.

It is time to assume crash positions because we have not experienced anything approaching a crash thus far. We’ve hit nothing but an air pocket. As Dr. Hussman points out so succinctly, market crashes do not happen at the peak. There is usually an initial 10% to 14% decline as the smart money exits stage left, then the lemming dip buyers pile in and drive the market back up, but fail in bringing it above the initial high. It’s only then that sentiment deteriorates, support levels are broken, and all hell breaks loose. That time is coming. 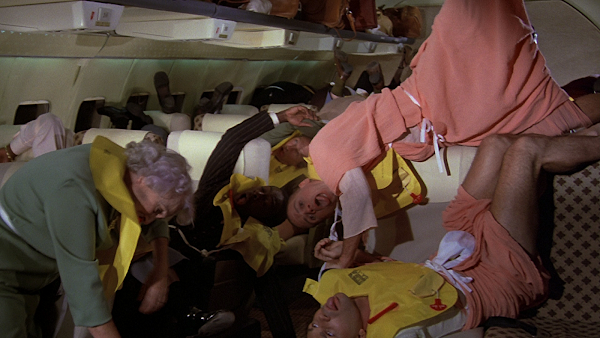 The market decline of recent weeks was not a crash. It was merely an air-pocket. It was probably just a start. Such air pockets are typical when overvalued, overbought, overbullish conditions are joined by deterioration in market internals, as we’ve observed in recent months. They are the downside of the “unpleasant skew” that typically results from that combination – a series of small but persistent marginal new highs, followed by an abrupt vertical decline that erases weeks or months of gains within a handful of sessions (see Air Pockets, Free-Falls, and Crashes).

Actual market crashes involve a much larger and concerted shift toward investor risk-aversion, which doesn’t really happen right off of a market peak. Historically, market crashes don’t even start until the market has first retreated by 10-14%, and then recovers about half of that loss, offering investors hope that things have stabilized (look for example at the 1929 and 1987 instances). The extensive vertical losses that characterize a crash follow only after the market breaks that apparent “support,” leading to a relentless free-fall that inflicts several times the loss that we’ve seen in recent weeks.

It’s hysterical watching the paid Wall Street hucksters paraded on CNBC and the other corporate media propaganda outlets trying to calm the muppets so they can continue to fleece them. The highly paid talking heads, bubble headed bimbo spokesmodels, and captured shill “experts” like Cramer, blather about the 10% decline as if it has been an extreme over-reaction to a meaningless possible .25% increase in an obscure Fed lever and the complete collapse of the China bubble economy. They knowingly ignore the extreme valuations of our stock market to levels only seen in 1929 and 2000. Their goal is to keep the muppets in the market so their advertising revenue stream from Wall Street continues unabated.

The reason why the word “crash” has been bandied about to describe the recent selloff, I think, is partly because investors have lost all perspective of the losses that have historically been associated with that word, but mostly because it gives market cheerleaders the needed “cover” to encourage investors to continue speculating near record market valuations. After all, everyone “knows” that investors shouldn’t sell after a crash, thus the endless flurry of articles advising “selling in a crash is a textbook mistake,” “selling off stocks during a crash is a terrible idea”, “whatever you do, don’t sell”, “market crash: don’t rush to press the panic button,” “the worst investing move during a market crash,” … you get the idea.

Hand-in-hand with the exaggeration of the recent decline as a “crash” and “panic” is the exaggeration of investor sentiment as being wildly bearish. The actual shift has been from outright bulls to the “correction” camp, but that’s a rather meaningless shift since anyone but the most ardent bull would characterize current conditions as being at least a market correction. Historically, durable intermediate and cyclical lows are characterized by a significant increase in the number of outright bears. That’s not yet apparent here. Indeed, Investors Intelligence still reports the percentage of bearish investment advisors at just 26.8%.

The reason people lose so much money during market crashes is because of their cognitive dissonance and normalcy bias. They don’t want to think about the possibility of losing 50% of their money, even though history, facts, and common sense all point towards a dramatic crash. They will be convinced to stay in the market by the dramatic rallies that occur during bear market crashes. Six of the largest one day gains in history occurred during the 2008/2009 crash. Did that result in people not losing 55% of their money over a few month period? Selling now would not be a panic move, it would be a rational move.

It’s generally true that one doesn’t want to sell stocks into a crash (as I’ve often observed, once an extremely overvalued market begins to deteriorate internally, the best time to panic is before everyone else does). Still, the recent decline doesn’t nearly qualify as a crash. For the record, those familiar with market history also know that even “don’t sell stocks into a crash ” isn’t universally true. Recall, as an extreme example, that from September 3 to November 13, 1929, the Dow Industrials plunged by -47.9%. The market briefly recovered about half of that loss by early 1930. Even so, it turned out that investors would ultimately wish they had sold at the low of the 1929 crash. By July 8, 1932, the Dow had dropped an additional -79.3% from the November 1929 trough. In any event, the recent market retreat, at its lowest closing point, took the S&P 500 only -12.2% from its high, and at present, the index is down just -9.7% from its highest closing level in history. To call the recent market retreat a “crash” is an offense to informed discussion of the financial markets.

The biggest fallacy bought into by the ignorant masses and the intellectual academic elites is that the Federal Reserve’s purposeful blowing of this enormous bubble has increased the wealth of the nation. It has done nothing of the sort. It has increased the debt of the nation, while starving the productive wealth creating segments of the nation. They have created paper wealth by encouraging reckless gambling by Wall Street and the corporations using shareholder funds to buy back their stock at all-time highs. As we saw in 2000 and 2007, paper wealth can vaporize overnight.

Keep in mind that when paper wealth is “lost,” nobody gets it. Quantitative easing has not made the nation “wealthier”, nor will the massive paper loss we expect over the completion of the market cycle make the nation “poorer.” As I detailed in June (see When Paper Wealth Vanishes):

“As in equal or lesser speculative bubbles across history, there’s a common delusion that elevated stock prices represent wealth to their holders. That is a fallacy, and we can hardly believe that given the collapses that followed the 2000 and 2007 extremes, investors (and even Fed policymakers) would again fall for that fallacy so readily. The actual wealth is in the cash flows that are ultimately delivered into the hands of shareholders over time. Individuals can realize their paper wealth by selling now to some other investor and receiving cash in return, but only a small proportion of investors can actually convert current paper wealth into cash by selling to other investors without disrupting the bubble. The new buyer then receives whatever cash flows the stock delivers into the hands of existing holders, and can eventually sell the claim to the remaining stream of future cash flows to yet another investor. Ultimately, a share of stock is nothing but a claim on the long-term stream of cash flows that will be delivered into the hands of its holders over time. The current price and the future cash flows are linked together by a rate of return: the higher the price you pay today for a given stream of future cash flows, the lower the rate of return you can expect achieve by holding that investment over the long-term.”

The Federal Reserve has been successful in redistributing the wealth of the nation to the .1% who control the levers of our economic, financial, and political systems, from the working middle class who do the heavy lifting in this country. Redistributing wealth through speculation, rigging markets, printing money and throwing savers and senior citizens under the bus is not creating wealth. The biggest debt bubble in world history will lead to the greatest financial collapse in world history. Act rationally and get your money out of the stock market now.

Emphatically, the wealth of a nation is not measured by the price that the most reckless speculator will pay for the last few shares that change hands at the most exuberant moment of a bull market, multiplied by the entire number of shares outstanding. No, the wealth of a nation is its accumulated stock of productive real investment, human capital, and resources. Everything else cancels out because every security owned by some holder is also the liability of some issuer (see Stock Flow Accounting and the Coming $10 Trillion Paper Loss).

Put simply, many investors, and even some policy makers at the Federal Reserve, are under the delusion that paper market capitalization represents real wealth to the economy as a whole. The truth is that the wealth is in the productive assets of the economy and the long-term stream of cash flows they generate. Price fluctuations can certainly affect the distribution of wealth. Those who repeatedly buy stocks from others at depressed prices, and sell them to others at elevated prices, will accumulate the purchasing power of others. Those who repeatedly do the opposite will surrender their purchasing power to others. But the aggregate wealth of the economy as a whole is unaffected by those price fluctuations.

Friday morning, as the Futures were below toilet level, an "expert" on CNBC kept saying that now we have to deal with 'full employment" at 5.1%. Who believes this nonsense?