In spite of the media’s conspicuous silence on the matter, it is no secret that Saul Alinsky’s manual for “community organizers”—Rules for Radicals—exerted an immeasurable influence over the world’s most well recognized community organizer, President Barack Obama. Thus, to understand why Obama does what he does, we need to be familiar with the vision that Alinsky delineated in his book.

Below are six ideas, six “rules,” that the Godfather of community organizing packs between the covers of Rules, ideas that Obama’s imbibed hook, line, and sinker.

(1). Politics is all about power relations, but to advance one’s power, one must couch one’s positions in the language of morality.

Community organizers are “political realists” who “see the world as it is: an arena of power politics moved primarily by perceived immediate self-interests, where morality is rhetorical rationale for expedient action and self-interest” (12).

(2). There is only three kinds of people in the world: rich and powerful oppressors, the poor and disenfranchised oppressed, and the middle-class whose apathy perpetuates the status quo.

“The world as it is” is a rather simple world. From this perspective, the world consists of but three kinds of people: “the Haves, the Have-Nots, and the Have-a-Little, Want Mores.” The Haves, possessing, as they do, all of “the power, money, food, security, and luxury,” resist the “change” necessary to relieve the Have-Nots of the “poverty, rotten housing, disease, ignorance, political impotence, and despair” from which they suffer (18). 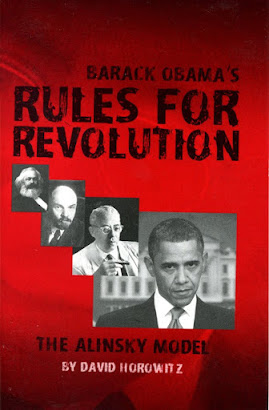 The Have-a-Little, Want Mores comprise what we call “the middle class.” While Alinsky believes that this group “is the genesis of creativity,” (19) he also claims that it supplies the world with its “Do-Nothings.” The Do-Nothings are those who “profess a commitment to social change for ideals of justice, equality, and opportunity, and then abstain from and discourage all effective action for change [.]” Alinsky remarks that in spite of their reputable appearances, the Do-Nothings are actually “invidious” (20).

This being so, they are as resistant to change as are the Haves.

(3). Change is brought about through relentless agitation and “trouble making” of a kind that radically disrupts society as it is.

Since both the middle and upper classes have none of the organizer’s passion for radical change, he must do his best to “stir up dissatisfaction and discontent [.]” He must “agitate to the point of conflict.” The organizer “dramatizes…injustices” and engages in “‘trouble making’ by stirring up” just those “angers, frustrations, and resentments” (117) that will eventuate in the “disorganization of the old and organization of the new” (116 emphasis original). He is determined to give rise to as much “confusion” and “fear” as possible (127).

(4). There can be no conversation between the organizer and his opponents. The latter must be depicted as being evil.

If his compulsion to “agitate” makes it sound as if the organizer is disinclined to converse with those with whom he disagrees, that is because, well, he is. Alinsky is blunt on this point: “You don’t communicate with anyone purely on the rational facts or ethics of an issue” (89). It is true that “moral rationalization is indispensable,” (43) that the organizer must “clothe” one’s goals and strategies with “moral arguments” (36). But there can be no conversation with one’s opponents, for to converse with them is to humanize them.

The organizer’s objective is to demonize those who stand in the way of his designs for change.

Elaborating on this theme, Alinsky asserts that in “charging that so-and-so is a racist bastard and then diluting” this “with qualifying remarks such as ‘He is a good churchgoing man, generous to charity, and a good husband,’” one convicts oneself of “political idiocy” (134). The winning strategy is to “pick the target, freeze it, personalize it, and polarize it” (130 emphases original).

(5). The organizer can never focus on just a single issue. He must move inexhaustibly from one issue to the next.

The organizer “must develop multiple issues,” (76) for “multiple issues mean constant action and life” (78). Alinsky explains: “A single issue is a fatal strait jacket that…drastically limits” the organizer’s “appeal,” but “multiple issues…draw in…many potential members essential to the building of a broad, mass-based organization” (120). The only “way to keep the action going” is by “constantly cutting new issues as the action continues, so that by the time the enthusiasm and the emotions for one issue have started to de-escalate, a new issue” has emerged “with a consequent revival” (161).

(6). Taunt one’s opponents to the point that they label you a “dangerous enemy” of “the establishment.”

Finally, in order “to put the organizer on the side of the people, to identify him with the Have-Nots,” it is imperative that he “maneuver and bait the establishment so that it will publicly attack him as a ‘dangerous enemy’” (100).

Just because Barack Obama has left behind the low-income Chicago communities in which he once agitated doesn’t mean that he left behind the skills as a community agitator that he learned from Saul Alinsky. Rather, he now regards the country as his community to organize as he sees fit.

Obama not infrequently invokes American ideals, even while he conspires to “fundamentally transform” America.

In spite of what he says, Obama does not want national unity. There can be no unity with a people who one wants to fundamentally transform.

The President regularly speaks and acts as if there is perpetual class warfare being waged by “the Haves” on “the Have Nots.” Indeed, this is what he wants for Americans to believe. It is this desire on his part that accounts for why he spares no occasion to demonize both “the richest one percent” who he accuses of refusing to pay “their fair share,” as well as those Republicans who threaten to impede his plans to raise taxes.

Again, Obama does not want unity. He wants division.

Obama constantly moves from one divisive issue to the next, from Obamacare to gun-control, from amnesty for illegal immigrants to support for “same-sex marriage.” We see now why this is so.

Obama does not want unity. He wants to keep the country as polarized and disoriented as possible.

To know why Obama speaks and acts as he does, we need to know about Saul Alinsky’s Rules for Radicals.

One of Barry's most revealing comments was to tell business owners that they hadn't built their businesses. Of course there was outrage, BUT, the reality is that Regulation is creating jobs in these Companies, and it comes out of your pocket. For example, hvac is changing for the worst with the new efficiencies starting July 1st. You will be paying much more to stay comfortable, but now there is an ilk in that trade that sees only money and they will make the very most of it. That's not growing a business, that's greed - the very thing they complained about to grab power.

Rabble rousers are just too stupid to try and improve society. They use a taxtbook of a long dead union hack for their inspiration.

For nine years, the elephant in the room has been how Barack #Obama never condemned the #NewBlackPantherParty's call to assassinate cops when he marched with them in Selma in '07... And "mainstream" #media still won't mention this, even though that same group is making violent news now.
Some references: https://plus.google.com/+joekiddone/posts/Z5TvVHTVm18

fwiw, I put this together and thought I'd share it here, in view of Mr. Kerwick's "Words and Deeds" article: https://www.facebook.com/notes/joe-kidd/words-and-actions-are-revealing/1201266893219197