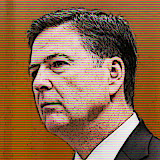 On Thursday FBI Director James Comey appeared before the House Oversight Committee regarding his agency's investigation into Hillary Clinton for use of a private email server while Secretary of State. And it didn't go well.

Comey made news Tuesday when he recommended no charges against Clinton despite calling her "extremely careless." The decision enraged Republicans who lashed out at Comey during the hearing Thursday.

Mark Levin called him "the biggest politician in the room" and a "fool." Rightfully so.

Levin also took the time to sharply criticize Comey's conclusion following the investigation and prosecute Hillary himself. As Secretary of State, wouldn't one "expect to receive classified material?" asked Levin proving his point that there was intent -- whether Clinton confesses it or not.

Be sure to check out Rep. Trey Gowdy's questioning of Comey where the South Carolina congressman and former prosecutor proves that Clinton did indeed lie to Congress. Still recommend no charges, Mr. Comey?

I am a Web Developer at HaskeICT.com I can help you ReDesign your blog like LindaIkejiBlog or better than that at affordable price. Your choice matters to us. Click here for more details. Call me on 0817-633-8060