THE SECOND AMENDMENT: 27 Words That Define a Nation

“A well regulated militia, being necessary to the security of a free State, the Right of the people to keep and bear arms shall not be infringed.”

In the USA, these are 27 of the most important words ever written. 27 words that insure the ability of an armed rebel force to fight for Freedom against those who would attempt to enslave us. 27 words that whisper menacingly…” we will not go gently into that good night”. 27 words that separate us from every other Nation on this planet we call home. 27 words that protect the other 7591 words in the Constitution and Bill of Rights of these United States of America. 27 words that men and women of this great Country are ready, willing and able to live for, to fight for and to die for.

The simplicity of the Second Amendment is in its wording. There are no extraneous or superfluous words or reasoning. It is bare bones, austere and elegant in it’s simplistic message. 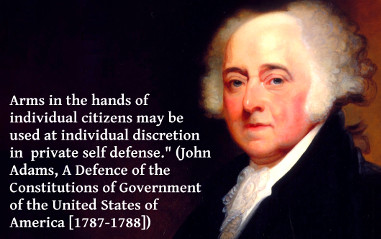 Those who suggest the Founders had no idea what kind of weaponry would be available in the future, are quite correct. And due to this inability to see into the future, the Founders did not restrict the arms the People could keep and bear. They understood that warfare and it’s machinations change, morph and advance, and by leaving the Second Amendment without restrictions, the People would always have access to the arms of the military they may be forced to defend against, allowing the People to fight against the very tyranny the Founding Fathers had just faced… and defeated.

In truth, the Second Amendment is much more than the sum of its words, it is the line of demarcation for a way of life as defined by either the Left or the Right.

Say “Second Amendment” to a Liberal and it isn’t just about guns, its about a perceived lifestyle that is a complete 180 degrees away from their beliefs. Their thoughts might look like this – Rednecks, Christians, Beer, Rural, Stupid, Conservative, Backwards, Selfish, Thoughtless, Racist, Bigot, Hater, Wingnut.

In the end, protecting the Second Amendment is truly the defense of our Country, our history, our National pride, our individuality, our personal freedoms… our very way of life.

Come this November, America is going to be defined by the voters of this Country. The next President will load the Supreme Court with either Constitutional Justices who will research and understand the intent of the original framers, or Liberal activist Justices who believe our Constitution and our way of life is a thing of the past and rule accordingly – and these Justices will hold sway over our Rights for decades to come.

The Second Amendment is the touchstone of our Constitution and the base that all other Amendments stand firm upon. If the Second Amendment should fall, the rest will follow, tumbling our Country and our American way of life into the basement of history, the trap door slamming shut, never to be seen or heard from again.

This cannot be allowed.

The thought expressed in the Second is but the visible portion of an essential concept: From what Source does a citizen have rights? If from government, then rights are whatever government allows at any given moment. But what can be granted can be revoked just as easily.

The core of the Second is the sovereignty of each citizen. That stands exactly in opposition to and is the mortal enemy of the concept that the collective hive mind is the only body entitled to rule and grant rights.

We have the rights we vigorously defend. The left views "rights" as a means to an end. They only exist when they support a higher goal. Thus, the left is horrified to think that a peaceful citizen must be allowed by the state to carry a concealed weapon, even more horrified to see him carry openly. But the left is just fine with Black Panthers openly carrying arms. The left even has given a place of high honor to a person who murdered others with a bomb, because the war he was attempting to advance "the Revolution."

The unarmed leftist voters will turn to using the many mechanisms of the State to erode, corrode and eventually destroy the right to keep and bear arms. Consider for a moment that the very idea of the Second is that the citizen have the means to resist the State should the state run amok. Yet that very concept could easily be defined as an act of "terrorism." So what do lefties and other lovers of big government do? They pass laws that permit government to seize the arms of anyone who might be a "terrorist." We must very carefully be aware of how the left easily manipulates the meaning of words to advance its agenda.

We now face a new enemy: political islam. The Left has found common cause with Islam in the destruction of the Christian remnants of American culture. This is why the Left pushes "diversity", which is cover for destruction of America as we know it by dilution. It is proxy warfare by defining "race" when what is really the target is ideology. This is treason in slow motion.

Lastly: A surprising fraction of the people who signed the Declaration of Independence were in the ministry or were very devout Christians. They knew that God only blesses a righteous people. They knew that unless a society was willing to practice self restraint, that government would become brutish. We must return to God's values and each knowing what God defines as right and wrong.

God does not protect nor bless any peoples who turn their back on Him.