Rumors of a GOP Senate Demise Have Been Greatly Exaggerated

“Extremely careless.” That phrase from FBI Director James Comey about the Democratic Party’s presumptive presidential nominee’s mishandling of classified information was immediately seen as a millstone around the necks of Secretary Hillary Clinton and Democrats up and down the ballot.

However, weeks before Comey’s press conference, the June NBC/WSJ poll, which provides apples-to-apples comparisons going back to the 1990s, poured data-driven cold water on the down-ballot wipeout that has been the stuff of Democrats’ dreams for months.

Polling data is one of several stubborn realities undermining the conventional wisdom that the Republican majority is in more trouble than it would be in any competitive election year.

First, Republicans are better positioned in June 2016 than they were at the same point in the past three election cycles.

According to the NBC/WSJ data, the Republican generic presidential ballot was stronger in June 2016 (D +3) than it was in June 2008 (D +16), ahead of the last open election. More germane to the senate map, the generic congressional ballot is the strongest it has been in any of the last four election cycles, with the parties tied at 46 percent. In June 2014, the GOP lagged by two points, one point in June 2012, and nine points in June 2008. 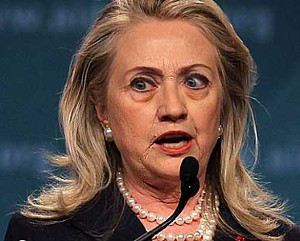 Elections come down to a handful of key states, and many marquee senate races are being fought in states where the top of the ticket is close. Secretary Clinton’s vulnerabilities among Rust Belt voters are a major liability in Ohio and Pennsylvania, and in must-win New Hampshire, a recent Franklin Pierce University/Boston Herald poll had Clinton and Trump tied in the state where she lost to an avowed socialist by 22 points.

Clinton coattails are clearly non-existent – hence the resounding silence from most Democratic senate candidates following Comey’s blistering criticism – and her deep unpopularity could even prompt ticket-splitting among reluctant Clinton voters eager to put a check on her potential power.

A recent Bloomberg poll showed a staggering 55 percent of Bernie Sanders supporters saying they would not vote for Clinton in the general election. While that number will certainly decrease before Election Day, Sanders’ expected endorsement of Clinton is reluctant in the extreme, and according to the New York Post, up to one million left-wing protesters are preparing to disrupt the Democratic convention.

In 2010 and 2012, Republicans suffered from a spate of contentious primaries, resulting in unelectable candidates emerging from the fray. That narrative has played out on the other side of the aisle in 2016, with candidates like Ohio’s Ted Strickland and Illinois’ Tammy Duckworth forced to the left on tough general election issues like gun control and energy by liberal primary challengers that cost them time and money to dispatch.

Never have supposed star recruits so utterly failed to live up to the hype as the Democrats’ sought-after senate candidates in Florida and Pennsylvania. Establishment groups spent nearly $5 million to drag Katie McGinty, a bureaucrat with a revolving door problem, through another contentious primary, only to have her claim to be the first in her family to attend college immediately exposed as a lie. Another DSCC primary pick, Florida’s Patrick Murphy, has had his inflated resume methodically torn apart by a series of investigative reports, to the point where Salon called him a “disaster candidate.”

Politico recently described the Democrats’ senate-winning strategy as “be boring,” which explains why candidates like Maggie Hassan in New Hampshire and Catherine Cortez Masto in Nevada are running dull campaigns that have been criticized for relying on canned talking points. Aside from completely abandoning the “hope and change” mantra, the strategy is an odd one for a field of challengers, as voters looking for a safe or predictable candidate tend to favor incumbents.

Republicans, on the other hand, have a strong slate of candidates built primarily of standouts from the class of 2010 with a record of tangible successes to run on, like passing a five-year highway bill, reforming Medicare’s payment system so seniors can keep their doctors, and combatting the opioid epidemic ravaging rural communities.

No matter how you slice it, the battle for the senate will be extremely competitive. But by all means, Democrats should continue to believe they have it in the bag.

Extreme carelessness without accountability has characterized Hillary's life, but you know, even that tells you something.
Hillary/Chelsea '16.